Some people running garden moth traps will have probably reached 100 moths alone by now, although feedback on social media seems to indicate that numbers seem to be down in many places this year - hopefully just due to cold nights rather than further declines. I put my actinic trap out overnight and there was nothing in it in the morning, however fortunately I noticed one moth on the outside of the trap. It was a Muslin Moth, a new one for the garden which was nice. 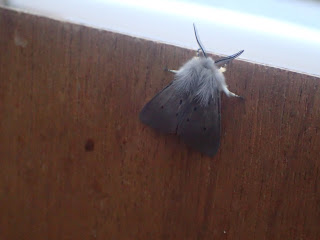 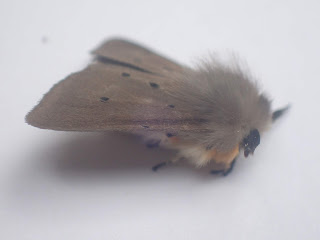 It was another warm day and this meant a few more insects about, including Early Bumblebee, the common hoverfly Platycheirus albimanus and a Pine Ladybird found by Cathy whilst checking on her rocket and lettuce plants. The latter species was new for the garden and brought up my garden lockdown list 100 species, hurrah! 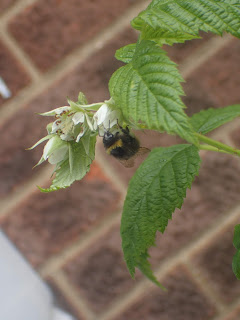 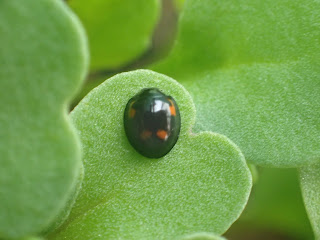 I also caught a smallish black hoverfly and with a bit of help from Andy Musgrove ran it through two keys, firstly the AIDGap key by Wright to get it to genus, then the old Benson key to get it to species. Even then it wasn't straightforward as this particular species had changed genus since Benson's time. Anyway, I was pleased to have recorded a new sawfly, Cladius brullei. The name sounded vaguely familiar, so I checked and realised that I had recorded the larvae of this species on raspberry plants a few feet away from where I found this one last year! Still, nice to see the different stages I told myself. 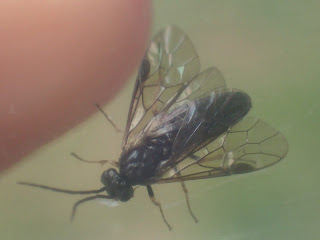 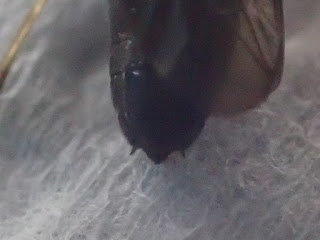