The garden doesn't get many hoverflies but there was a different species today - a female Syrphus ribesii (the all-yellow femur, not really visible here, allows identification) 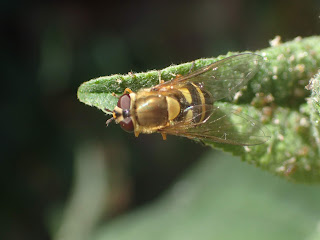 I didn't go into the garden until mid-afternoon, and even then I had one eye on Rose, who was trying to fill her paddling pool with cypress litter. Whilst out I noticed a groundbug sp dead in a cobweb, so I got it down and took a few photos. At that point a gust of wind caught it and blew it off the box I had laid it on. I didn't think much more of it until I came inside and checked it on British Bugs, at which point I began to be a bit concerned that it looked like Eremocoris fenestratus, a species with no confirmed Norfolk records. Most frustratingly, there was a very similar species that could only be ruled out by inspecting the leg hairs. I went back out to try to locate the windblown specimen, with no luck. Tristan Bantock confirmed on Twitter that it was either E. fenestratus or E. abietinus - both would be new for Norfolk! I have since spent time sorting through the dry cypress litter but have yet to find any more. On a more prosaic note I noticed some Groundsel in the garden, complete with Groundsel rust. 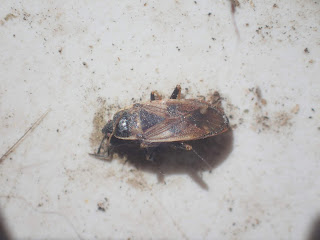 Eremocoris sp - the one that got blew away! 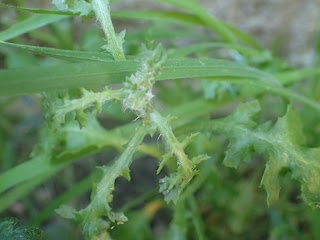 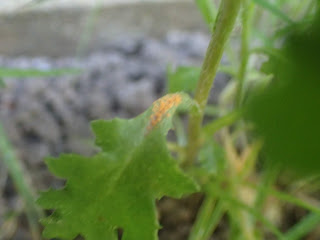 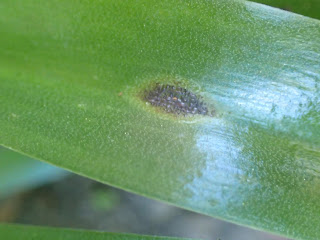 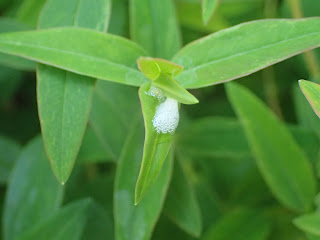