Butterflies have made a habitat of flying straight through our garden, ignoring our flowery offerings, which has kept the species list down a bit. Today a Speckled Wood at least had the good grace to flap up the outside of the living room window for long enough for Cathy & I to both see and identify it. Out in the garden a few leaf mines had begun to show themselves, including Agromyza abiens in Viper's Bugloss (the plant having been purchased from Natural Surroundings to go in our driest flower bed and we hope will flower for the first time this summer) and Agromyza nigrescens in the Round-leaved Cranesbill. 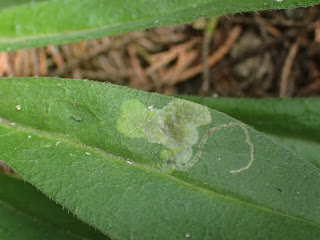 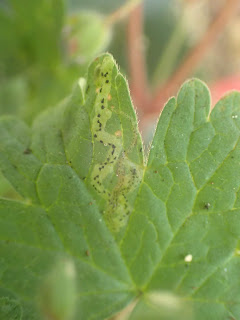 There was also more sawfly fun. I recognised this one as a smaller member of the Athalia genus (Athalia rosae is a common species regualrly encountered over the summer and there are another 8ish lookalikes). Fortunately this was one of the easier ones to identify as it has a black 'belt' that runs down the sides and underneath at the top of the abdomen. One of the larval foodplants is Bugle, which figures as we've got quite a bit of it in the garden. 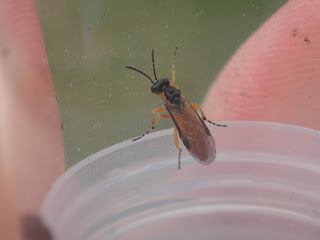 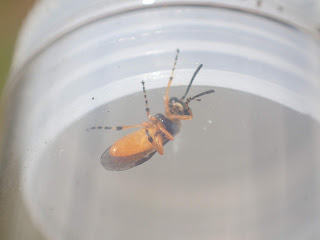