We created a small pond after moving in, utilising a round block structure that might have been some sort of rockery. Realistically most of the things in it such as pond snails must have arrived with the plants (I have occasionally got small water beetles and water boatmen in the moth trap in the past but not seen either in the pond yet). One of the things visible in the shallower edge were Water-slaters, the aquatic version of woodlice. There are three different species, but these are likely to be the commonest one, Asellus aquaticus, but I'm not counting them on the garden list. The Herb Robert, counted earlier as just leaves, is now in flower too. 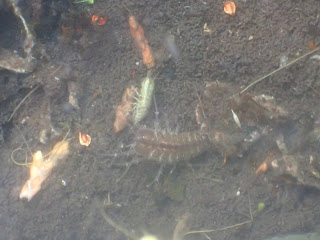 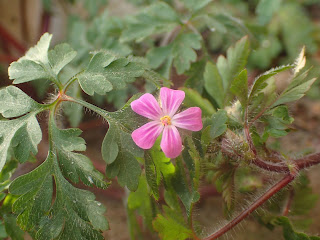 75. Robin - not a common species here but will sometimes turn up for a few days in a row
76. Peacock butterfly - one flew through the garden
77. Erysiphe pisi - Powdery mildew on Black Medick (I'll double check it before recording formally) 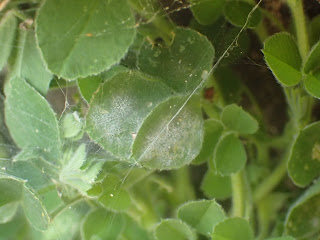 Cathy work me up at 04:30 to tell me she thought there was a Song Thrush singing in the tree in the garden. She was correct (when we lived off Riverside Road one sang right outside the bedroom all spring - it was lovely or annoying depending on how lightly you were sleeping). I used to see one on the way to work not too far away, but why it relocated to us for one day is unknown.

Another Buzzard seen, this time from inside the house as it spiralled up over the close.

79. Feral Pigeon. An interesting one - there are two resident flocks nearby, the closest just round the corner, but they are seldom visible and I don't recall a single one actually in the garden. I'm not too sad about that, at my previous house they would decend,eat all of the seed, poo everywhere and go like an avian monoculture.

I did also take a record shot of a male Chaffinch through our lounge window that might be stringable as two-barred Crossbill if I blurred it a bit. 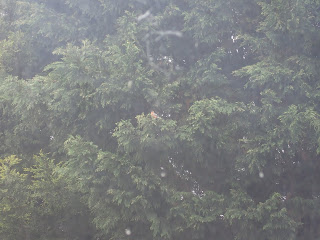