Cathy was planting some rocket and lettuce seeds when she noticed a long centipede in the planting tub. I own the Aidgap Centipedes key but had not used it previously, so thought this would be a good time to have a go. Eventually I got there, helped in part by the fact that it was getting on for 7cm long, which rules out most of the species. The key did seem to work OK, but started off with some features that were quite tricky to see on a constantly moving live centipede (keys for things like this are typically written with dead specimens in mind). 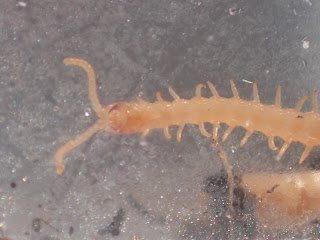 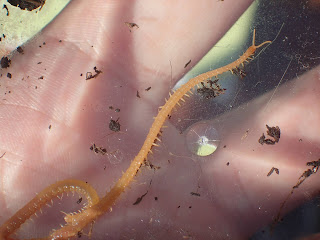 Also whilst out I saw a Moth Fly, a nice little thing but one of about 80 similar species, and more interestingly a small leafhopper on garden Red Campion, Hauptidia maroccana, which appears to have very few Norfolk records. 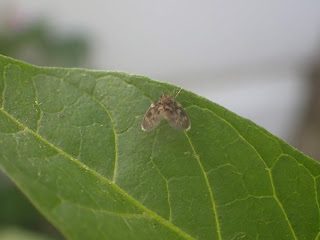 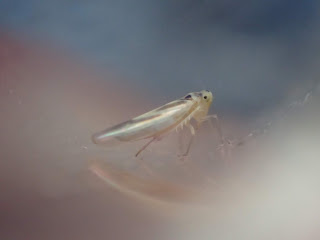 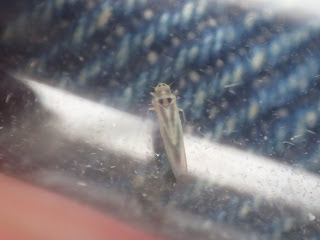 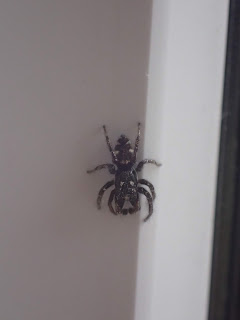