Today I went for a bird race around Norfolk with Gary and Adam. If you have already read Gary's description of the day then there probably isn't much point reading this too unless you're really keen. To make mine different I have used photos of invertebrates instead of birds. We counted heard and seen birds, although tried to see as many as possible.

Gary picked me up from Norwich just before 0400, and we headed down to Santon Downham, seeing a couple of Roe Deer and a Muntjac in the woods nearby. The temperature had dipped to -1, and the landscape was frosty with mist rising above the river and meadows. As the river is the county boundary between Suffolk and Norfolk we had to keep an eye on where the birds were, particularly in flight. We didn't manage to catch up with Lesser Spotted Woodpecker, but we did see Nuthatch, Treecreeper, Willow Tit and Common Crossbill. Water Rail, Mandarin and Grey Wagtail were also good birds to get early on. A Cuckoo called constantly unseen, and a Turtle Dove was also added to the 'heard' list.

Walking back to the road we then tried out some of the clearings and riverside scrub on the Santon Warren/St Helens side. We saw another pair of Mandarin, Bullfinch, Lesser Redpoll, Siskins and a Tree Pipit, plus a few more common bits and bobs. From here we headed to Lynford Arboretum, where we lucked in on one of the male Two-barred Crossbills (along with the debated bird) drinking from the puddle in the walled garden. Heading to the paddocks we had a brief listen for Wood Warbler, before heading back through the arboretum. We saw our first geese (Greylag and Canada) on the lake, and added Firecrest too.

We walked back past the car to Lynford Water, adding Great-crested Grebe, Shelduck, Egyptian Goose and Gadwall. On the side of the hide I spotted an unusual spider, which turned out to be Marpissa muscosa, rare in Norfolk (only found in the Brecks, this sighting is the first in several years according to the county recorder). 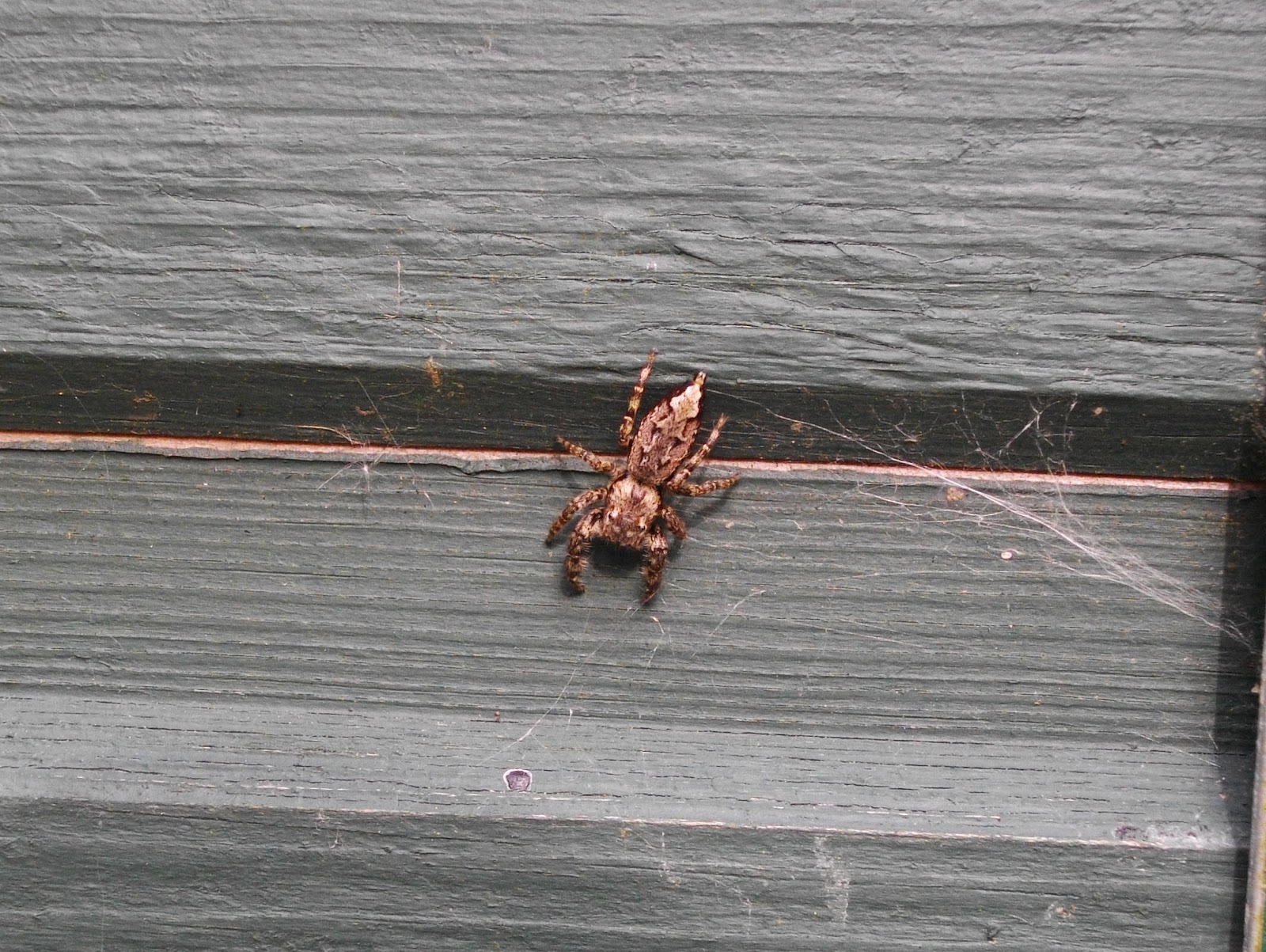 Next stop was Weeting Heath (adding Collared Dove and House Sparrow on the way). The warden recommended East Hide, and a Stone Curlew was showing well. At one point it stole a mole off a Jackdaw and tried to eat it. The mole was dead (it would have been an unexpected way to get a mammal record - I haven't seen an alive mole). With little else at Weeting, we headed to Lakenheath, unavoidably seeing a Green Woodpecker in Suffolk as we pulled in. You used to be able to walk straight from the car park to the washland viewpoint to look into Norfolk, but the paths have been changed so you know have to go to the visitors centre and then double back, wasting valuable minutes. We added a few birds at Hockwold, of which Hobby and Common Tern were of note.

Last visit of the morning was to Welney. As we watched a flock of hirundines from the car park a Red Kite flew over. From the main hide complex we added Little Ringed Plover, Common Sandpiper and Whooper Swan. The 'guide in the hide' was particularly helpful, and as we were heading down to one of the hides to look for a Great White Egret he came out to tell us he had just seen it fly past in the opposite direction. We eventually found it (along with some Yellow Wagtails), but as we got back to the main hide another G.W. Egret was visible, flying onto the marsh in front of us. On the walkway back to the visitors centre I spotted our first Swifts. In invertebrate news a Common Malachite Beetle was in the hide. 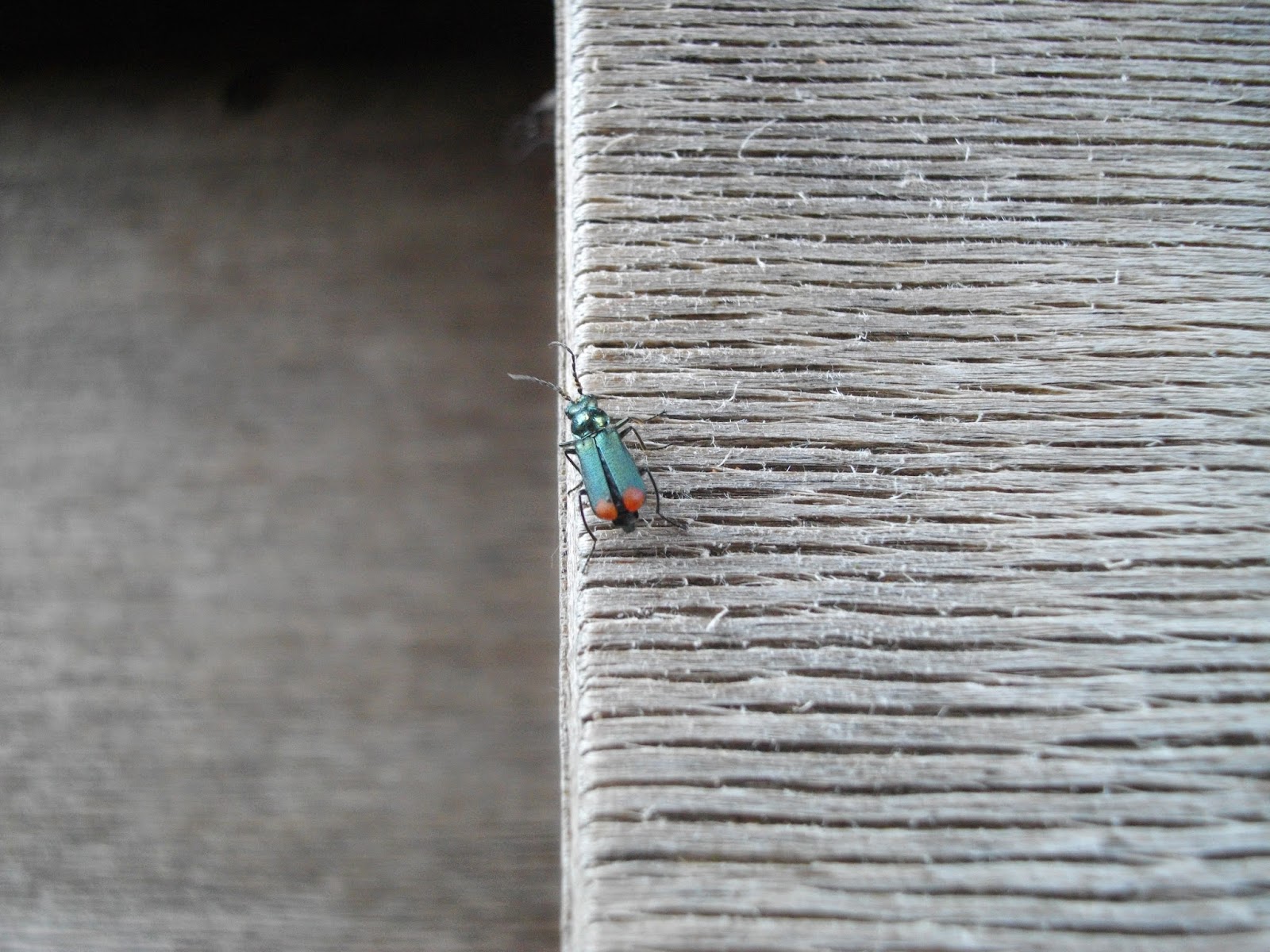 On the road again, picking up Feral Pigeon and Common Buzzard, we stopped at Pentney gravel pits. This could have been a trump card, but instead it was just trump. We added one bird, a Great Black-backed Gull loafing with other gulls. Roydon Common was next, where we worked hard for a Stonechat, Curlew and Wheatear. Lots of Small Coppers were on the wing, along with a Common Heath moth. At Flitcham the Little Owl was out of sight, but there was a Yellow-legged Gull, so it wasn't a complete waste. We scanned the hedgerows nearby for Tree Sparrows without success. 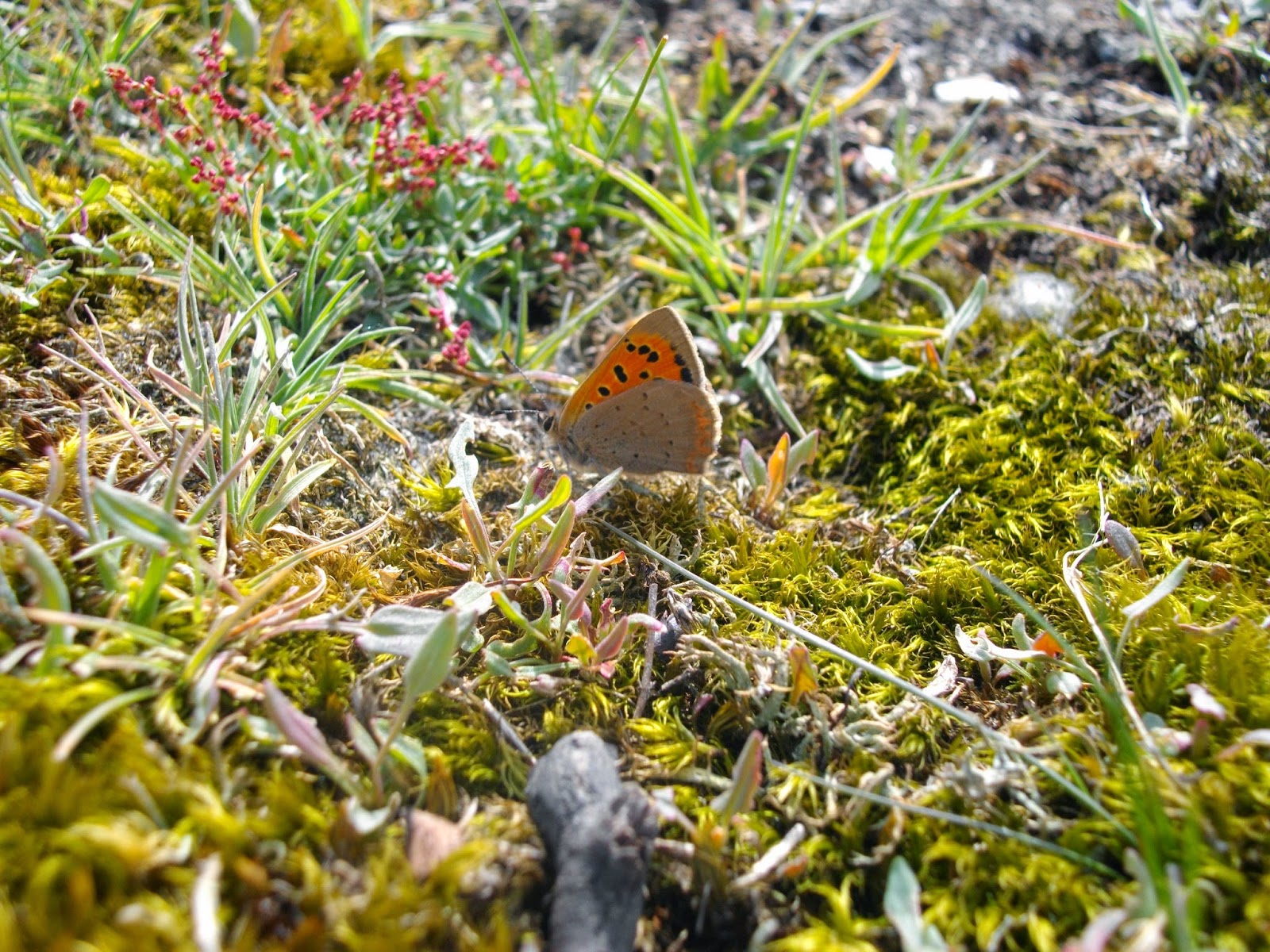 News had come through on Gary's pager that a couple of Dotterel were still present at Choseley, and luckily for us when we arrived there were a handful of birders there with their 'scopes on them. We saw Grey Partridges near the drying barns, before heading down to Titchwell. We passed the 100 mark with some common waders, and also saw drake Red-crested Pochard, a pair of Garganey and a Greenshank. Little and Sandwich Terns flew past, and there was a small flock of Common Scoter on the sea. A Bearded Tit showed well near the main path, and a Sand Martin flew overhead.

With time getting on we headed back to Choseley, finally seeing a Corn Bunting on one of the wires. Heading along the coast road we made several stops, adding Short-eared owl, Spoonbill and Whimbrel to the tally. We decided to head to Kelling Heath, which may have been a mistake, as we only 'upgraded' Turtle Dove from heard to seen. At Cley we walked past the Eye field to scan the scrapes, adding distant Ringed Plover and Common Gull. Our final stop of the day was Salthouse Heath, where we heard and fleetingly saw a Nightingale. We also saw a Muntjac Deer and a Bat sp, before waiting a while in case an early Nightjar had returned. The final bird of the day was a Tawny Owl that flew across the road just after Holt. My final tally was 133 (127 seen plus 6 heard only).