Monday's Black-headed Bunting had been untwitchable, but it was followed two days later by a more accessible one in West Runton. As luck would have it the bird was still present on Thursday, so after I finished work Cathy & I went to have a look. There was no sign of the bunting when we arrived, or for quite a while after. Chris pointed out that it was shaping up to be a dull blog entry if we didn't see it, but luckily for us (and you dear reader) eventually the Black-headed Bunting did appear, and sat in full view albeit distantly. As an added bonus it didn't rain whilst we were there either. Whilst waiting for it the only other birds in the brambles were a Whitethroat and a Linnet, whilst some Gannets were passing out to sea. 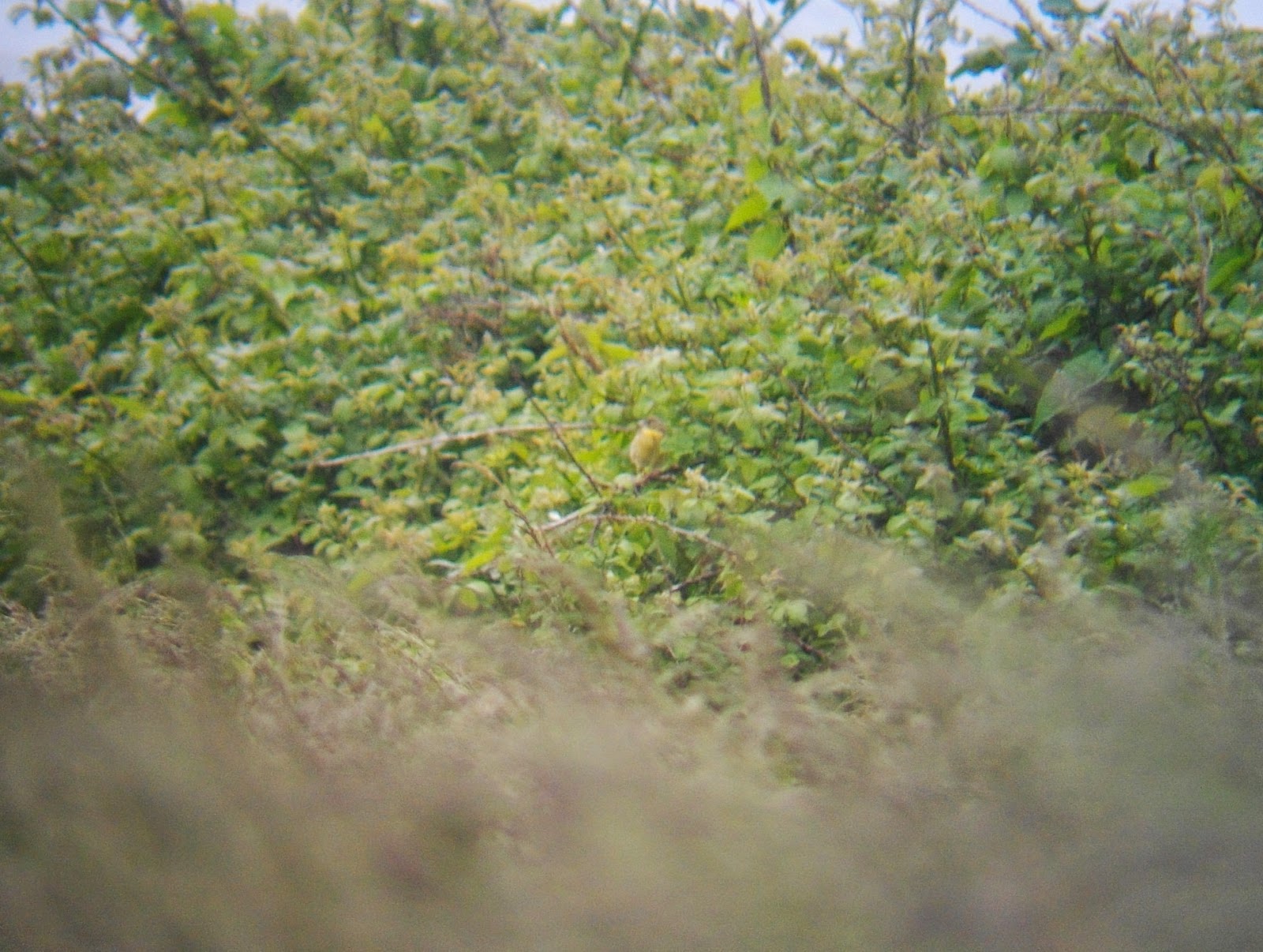