Occasionally when I'm looking through the Flora of Norfolk I see that there are loads of species I haven't seen that have been recorded from Norwich city centre. Some of them may be tucked away or no longer found here, but the rest I'm probably just overlooking. That was definitely the case with Procumbent Pearlwort (also known as Mossy Pearlwort), which I have seen growing on the old city walls near Chapelfield for ages, but only actually identified today. Also of note in the Chapelfield area was a Blackbird with white on the head, perhaps a relative of the white-and-blackbird present several years ago. 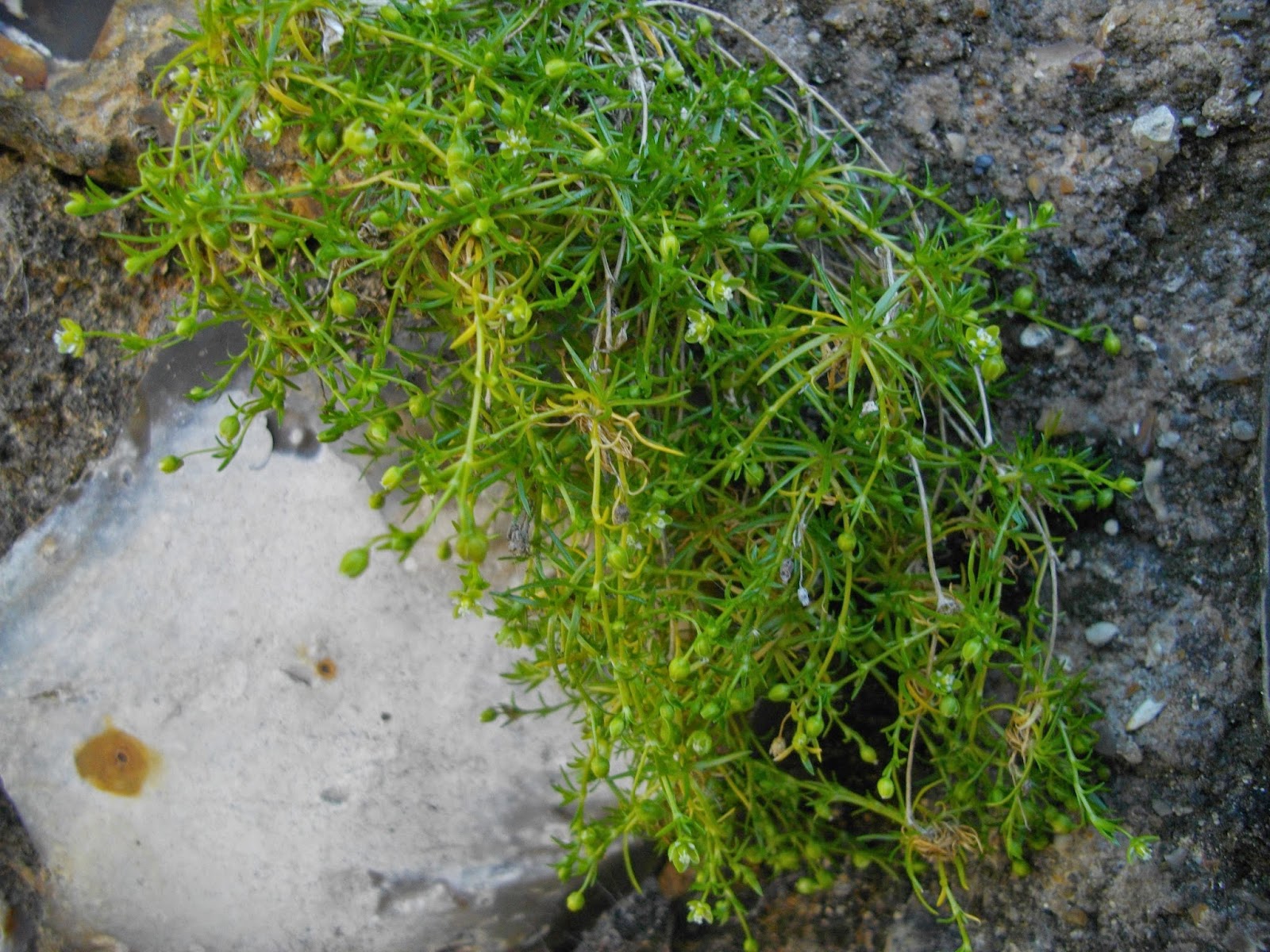