Having been busy at the weekend it was Monday evening before I managed to get to Whitlingham. It was overcast and a bit murky, and most of the birdsong was rather muted. As I headed round the broad I heard the call of a Cuckoo coming from the main island, and eventually I got a brief view in one of the tall trees. At that point I heard another Cuckoo, further away towards Thorpe. Continuing along I saw my first Reed and Garden Warblers of the year, along with a couple of Whitethroats and lots of Blackcaps. I dutifully scanned through the hirundines skimming the broad, all of which were Swallows or House Martins.

Walking back along the south shore there was a bit of a gosling-fest, with three broods of Greylags (11,3,3), the first Canada Geese (3), Egyptian Goose (5) and some fast-growing-up piebald Domestic Mallards (3). 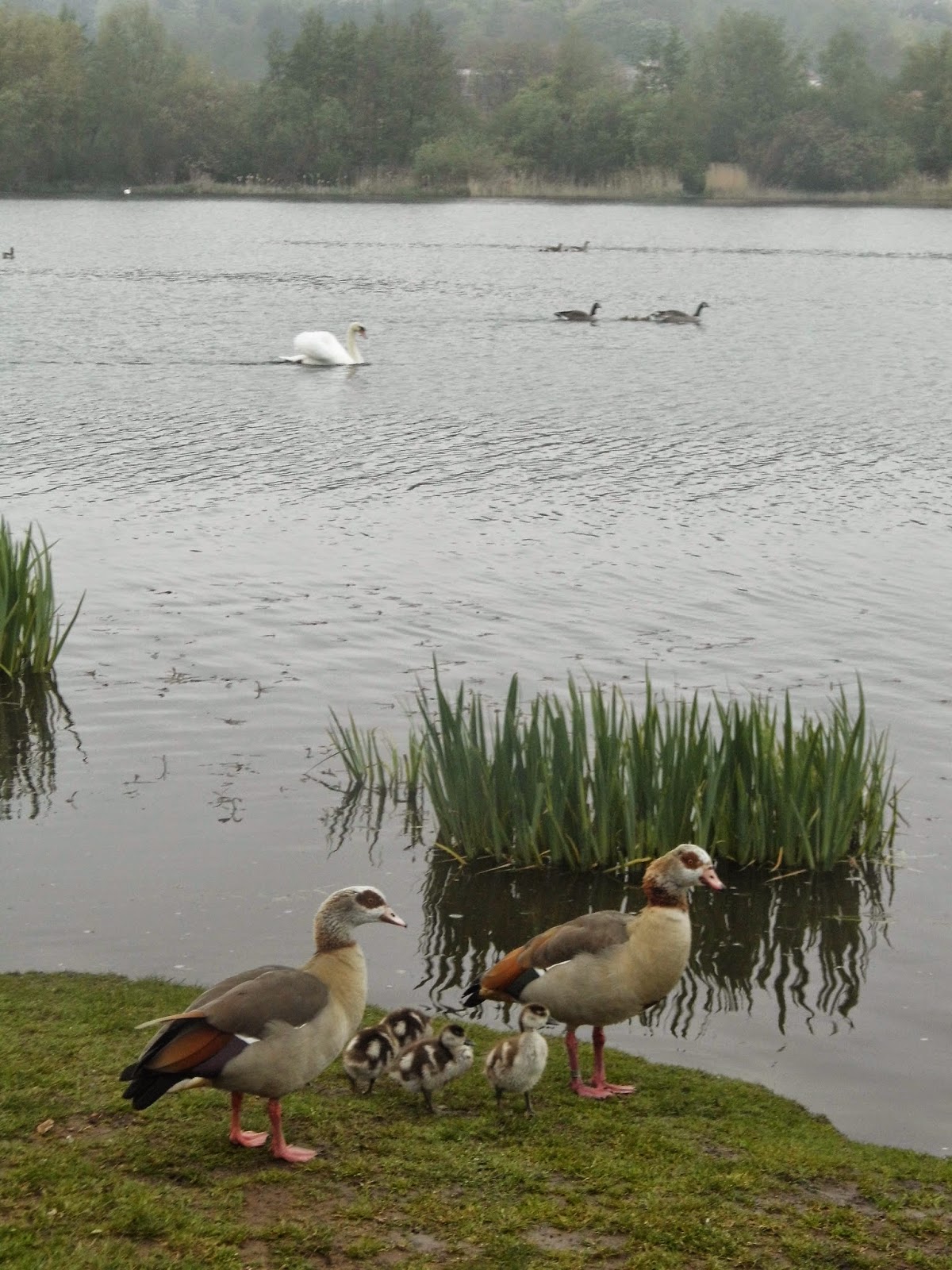