The hottest day of the year so far can generally be taken as a bad time to visit Whitlingham, but as I had the WeBS counts to do this weekend I went anyway. Wildfowl numbers were generally low, but there appeared to be ten broods of Greylags spread out along the shore. It is difficult to be sure, as some families sort of 'creche' the young, but when I allowed for this (and also taking into account size difference and groups that I have seen on previous visits) ten is still an awful lot of geese. Other than the goslings a Kingfisher was the avian highlight at Whitlingham, however across the river at Thorpe two Shelduck on the broad were a welcome sight. They were my first record here for three years - the last being a flock of 6 that flew over Thorpe on 11th May 2011. 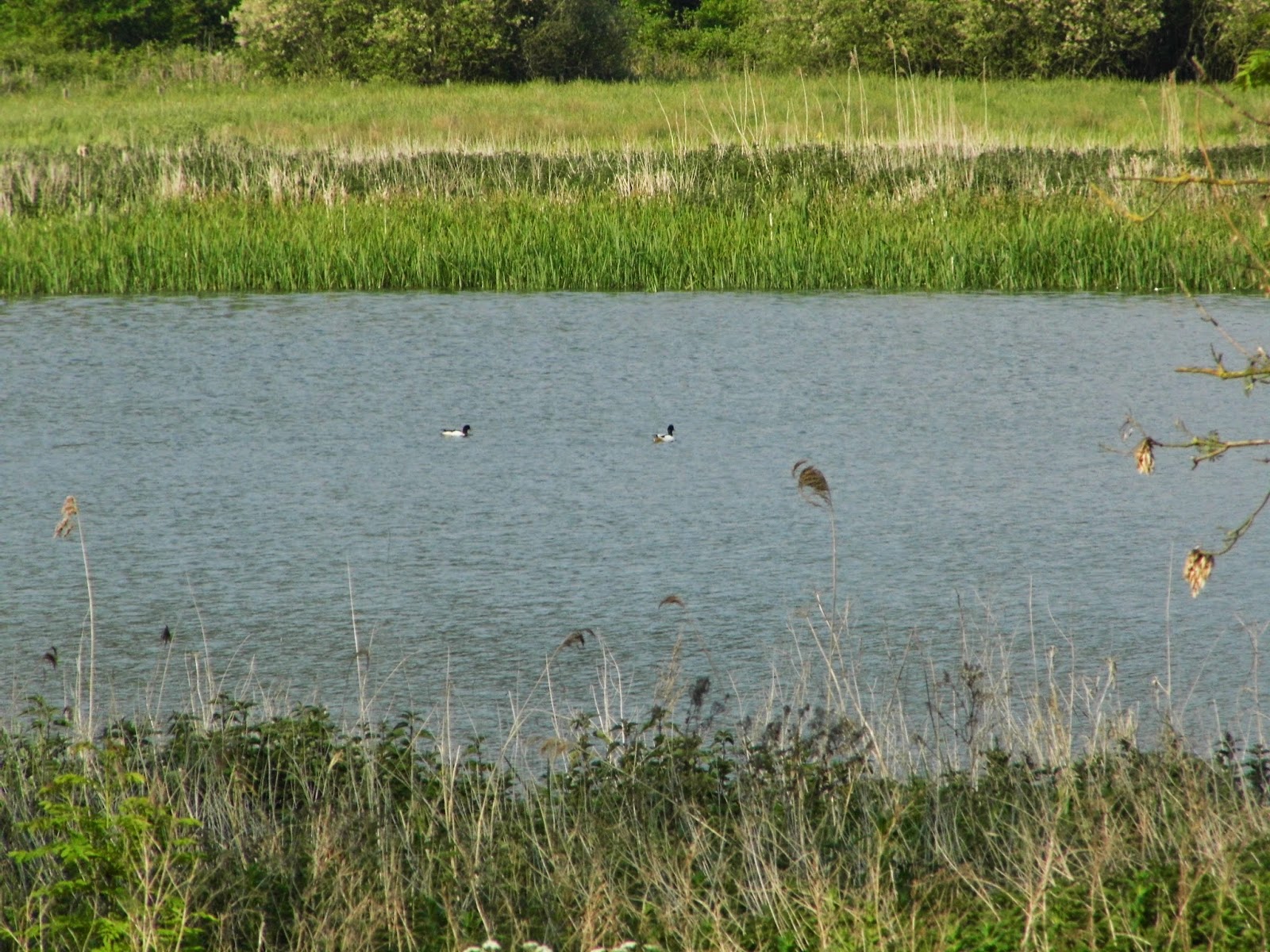 Orange-tip and Small Tortoiseshell butterflies were numerous, and there were also a couple of Brimstones. As I walked further around the broad I stopped on several occasions to watch the dancing Mayflies. On one of these occasions I noticed one in a clump of rushes. I gently parted a few rushes to get a better view of it when the Mayfly put one of its legs onto my finger. I let it crawl on and took one photo before it launched off and into the air to join its contemporaries. 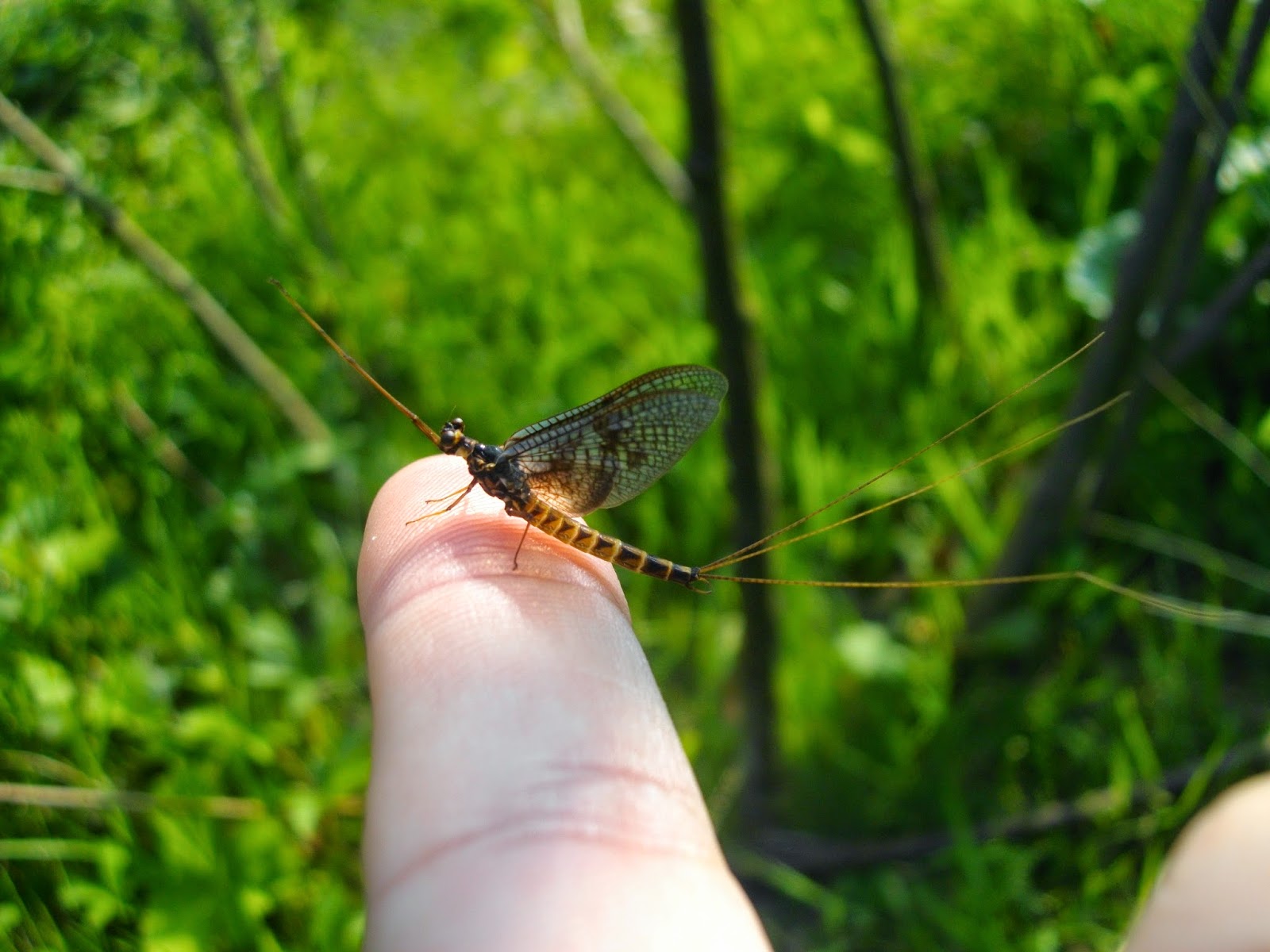 Along the north shore I spotted a dragonfly that had landed on a dried umbellifer stem. It was my first Hairy Dragonfly of the year, and as I approached it flew up and landed high up on a bank of brambles, in view but at an almost un-photographable angle. Further along I had no such problems with an obliging male Banded Demoiselle, which was content to sit close to the path. My final sighting of the day was of a hoverfly, thankfully one that can be identified by sight rather than dissection. It was Leucozona lucorum, a bumblebee mimic. 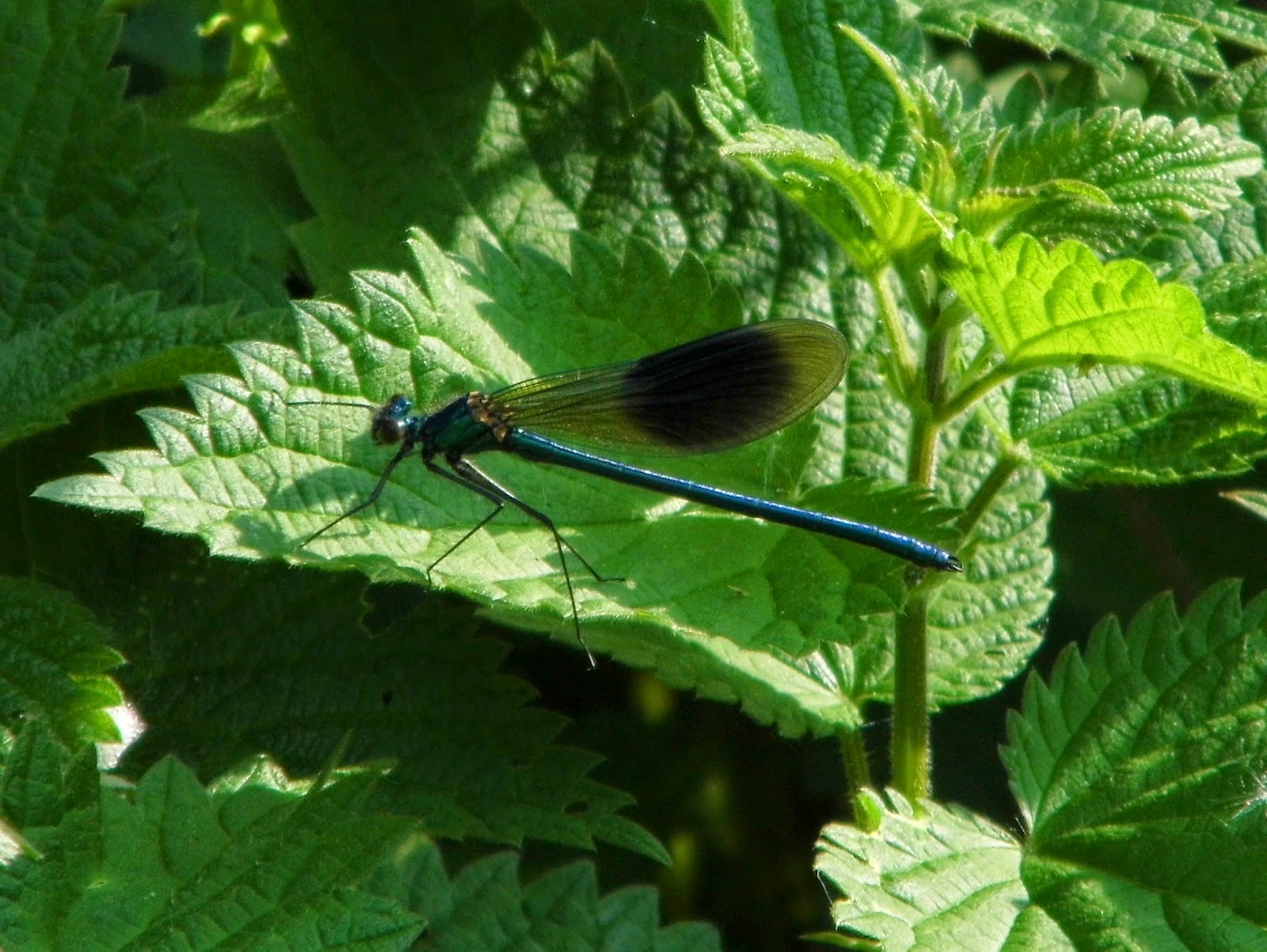 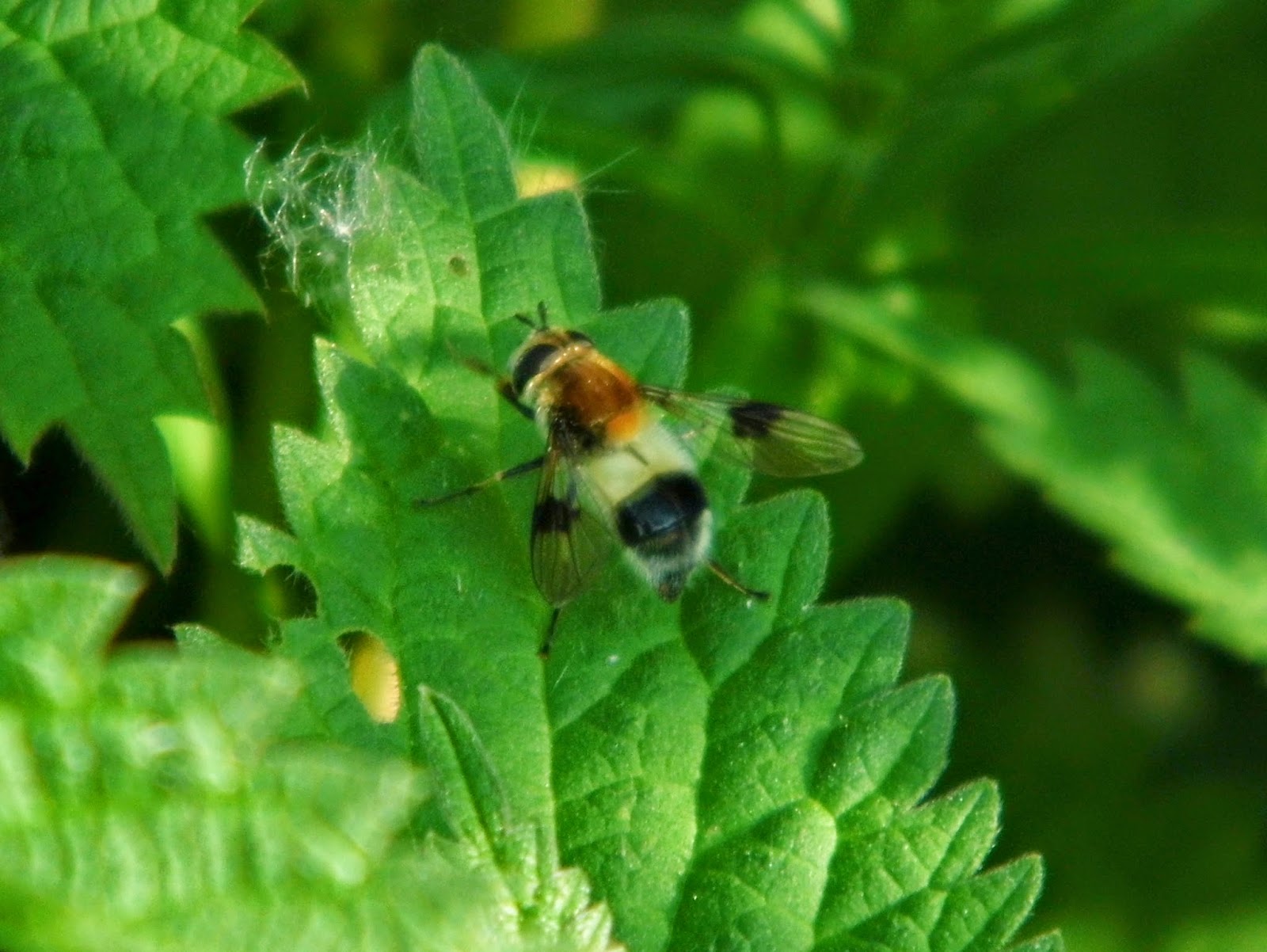