This weekend has been designated National Moth Weekend (in previous years there has just been a National Moth Night), and as well as people trapping in their own gardens, several events were put on around the county. I decided to go to the trap opening at Cley NWT visitors' centre in the hope that they might have caught some coastal specialties or migrant moths. Even without these I haven't seen quite a few fairly common autumn species, so despite the rain I was confident of seeing a few new ones.

We didn't get off to a particularly good start, because having arrived early I was waiting in the car park in the rain before we realised that the traps were already being opened around the corner. It turned out that there had been a mistake in the publicity for the event, with the NWT advertising it as a 9.30 start and Butterfly Conservation as a 10.00 start. Luckily I hadn't missed much. Five traps were opened, but there was little in the way of migrants (one Rusty-dot Pearl and one Silver-Y). There were two species that I hadn't seen before, so it was still worth going, particularly as both are scarce. The two new ones were Pale Eggar and Hedge Rustic. 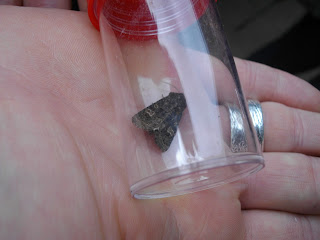 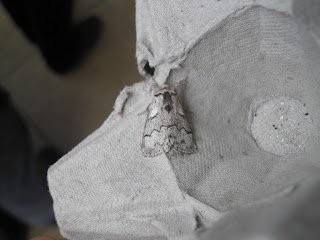