On Sunday I carried out the September wildfowl counts at Whitlingham. There was nothing particularly unusual, although there was a very large number of Greylag Geese. I counted 143 on the Great Broad, with 20 more on the river. This was actually a case of useful disturbance, as only about 40 of the geese were initially visible, but as some canoeists went past along the edge of the main island the rest all poured into the water and away in a long line! Incidentally five of the geese were mostly white, so I would be interested to hear from anyone that sees a flock of Greylags containing five white ones, to help work out where they come from. Of the rest, a Water Rail called from the Little Broad, and there was a female Gadwall and three Tufted Duck. As I walked round I saw five Chiffchaffs, including three singing birds, which is unusual for the time of year.

I added a few more species too, the best one in my opinion being a late-instar Bronze Shieldbug. I'd never seen this species before, and had been envious of Mark Clement who photographed one at Beeston Common recently, so a pleasing find. A snail, Trochilurus striolatus, and a plant called Water-pepper growing in the river were also new. Frustratingly a couple of crane flies were almost certainly Tipula paludosa, but only females can be identified in the field and both of the ones I saw were male! I also finally saw a definite Willow Emerald damselfly, and an Agaricus mushroom that I might be able to ID later. 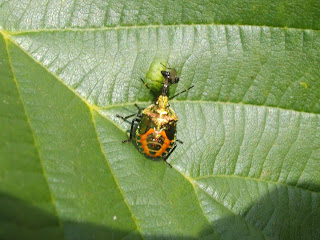 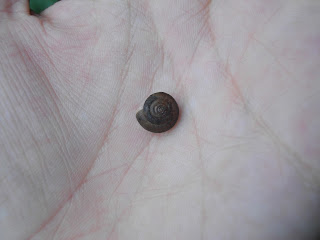 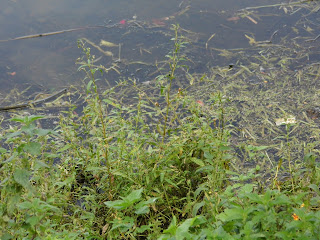 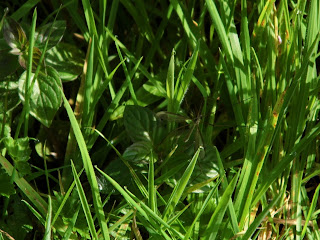