On Saturday morning Cathy, Margaret & I visited Wheatfen for an event focussing on small mammals. Dan Hoare had set a series of live mammal traps (e.g. Longworth traps) in a range of habitats around the reserve the previous night, and we went round to see them checked and emptied. The main attraction for me was the presence of Yellow-necked Mice, with Wheatfen being one of very few Norfolk sites for this species. I was in luck, as the second trap we checked contained a male Yellow-necked Mouse, a new species for me. It was to be the only one caught, there were quite a few mice caught, but the others were all Wood Mice. 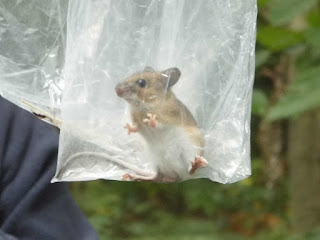 As we walked around the reserve I found myself getting repeatedly destracted by the large amounts of fungi. Some of the highlights included my first Fly Agarics of the year, along with a Parrot Waxcap and some Pointed Clubs. There was a range of Russulas and Milkcaps that deserved more attention had they been the focus of my visit. 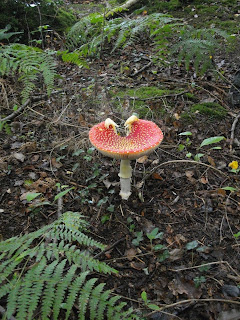 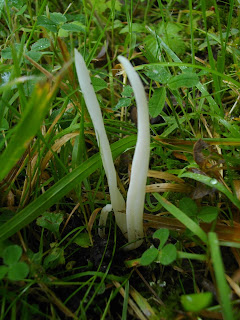 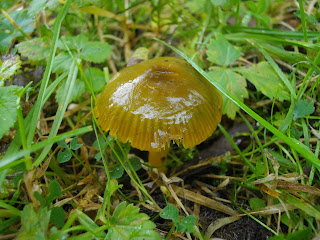 Other species of interest included a Chiffchaff amongst a flock of Long-tailed Tits, an Elephant Hawk Moth caterpillar and a fern gall. Having collected all of the traps we went to the education centre for a cup of tea and to examine some skulls and droppings of mammals found on the reserve. Many thanks to Dan for putting out the traps and leading the walk.
Posted by James Emerson