After leaving the Cley moth morning I had planned to pop in somewhere nearby to have a quick look and see if the showers had dropped any migrants in. Gramborough Hill seemed as good as anywhere, so I parked up on beach road and set off to the hill. I looked at the Sea Aster in the hope of seeing a Sea Aster Mining Bee, but there weren't any. It's probably too small an area for them, but the overcast conditions wouldn't have helped either.

I did a slow circuit of the hill, paying particular attention to some of the berry-laden bushes. A Kestrel hovered close by, and a couple of Meadow Pipits flew over, but that was about it birdwise, which was rather disappointing. There were lots of Parasols, along with a few small puffballs. In the absence of birds I noticed an interesting looking snail, and noted some galls on Hawkweed stems. I found two 11-spot Ladybirds and a 7-spot Ladybird in a curled up leaf, along with a tiny orangey beetle that I think is another member of the ladybird family, Rhizobius litura. 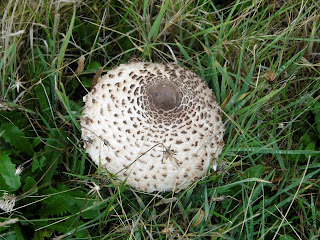 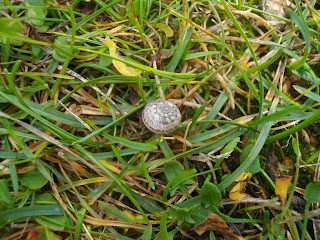 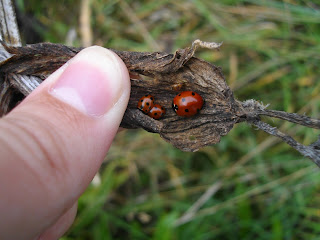