WHITLINGHAM: A proper look round

With rain forecast for the afternoon I headed to Whitlingham in the morning to get a proper lap. Near the slipway there was a welcome return for the Pintail x Mallard hybrid (I didn't see it in the last week of the year). It even did the decent thing and emerged from the area of vegetation that it usually frequents, allowing some unobscurred photos of it. Dunnock and Robin in the scrub nearby were birds I missed on January 1st. 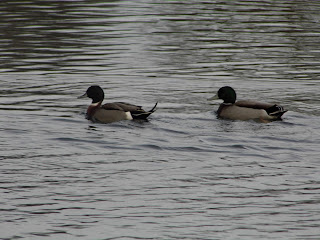 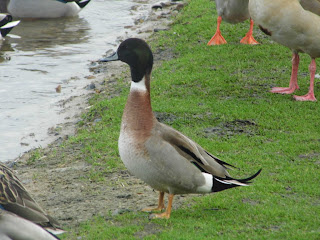 Partway along I met Justin, who was completing his lap. As we chatted three flocks of Siskins flew up and joined together, at least 80 birds. A Kingfisher also flew past over the Great Broad. On the 1st Justin had seen an interesting looking Pochard, a dark female that may well be a hybrid, although we aren't sure what with. I managed to find it, but my digiscoped photos were out of focus and it flew off before I had a chance to look again further onwards. Carol had told us that there had been around 20 Shoveler the previous evening, which is a very good count here. Justin had counted 19 earlier, but I could only muster 17 (still a good count here).

Scanning across to Thorpe Broad I added Snipe, Lapwing and Stock Dove to my year list. 41 Pochard were on the broad, although most of them had previously been on the Great Broad. There was a lot of Tufted Ducks, but I didn't attempt to count them. A yellowy woodlouse looked interesting, but as suspected was just a Common Striped Woodlouse. 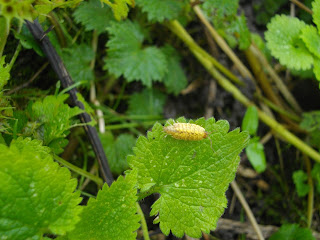 Once again the conservation are bay was packed with birds, but the only new bird for the year was a Little Grebe, which I had probably overlooked earlier. Just outside the bay there were two female Goldeneye, with a third one along the north shore of the Great Broad. On the lawn outside the watersports centre there was a clump of fungi including a particularly large one. At the time I wasn't sure what they were, but having thought about it I think they are just large Common Inkcaps. I kept an eye out for plants in flower on the way round, noticing seven, and also leaf-mines in Cow Parsley, Sow-thistle and Ground Ivy. 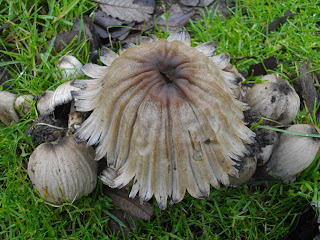 Probably Common Inkcap, although I will get a second opinion! 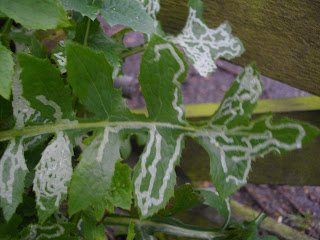 Leaf mine in sow-thistle. There are two near identical possibilities.
Posted by James Emerson