Earlier in the autumn news was released that a conservation group in Thetford had discovered the very rare plant Creeping Marshwort, previously only thought to persist in Oxfordshire (see the EDP article here: https://www.edp24.co.uk/news/exceptionally-rare-plant-creeping-marshwort-found-in-thetford-1593264). I hadn't had time to go and see it, but several friends had and had passed on directions, and as we had decided to go to the Brecks for a walk I thought we could swing by Nun's Bridges on the off-chance it was still in flower. Fortunately the area it was growing in was right near the car park, and I immediately found some, hurrah! A very understated plant. There was also a hybrid Canada x Greylag Goose nearby for good measure. 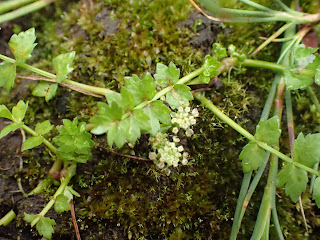 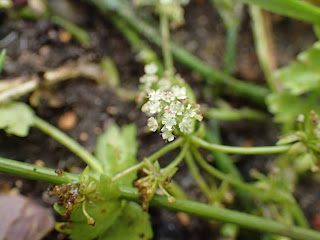 We then headed a bit further down the road to Thetford Warren, which you probably know because in a Monty Pythonesque twist it is haunted by a ghostly white rabbit. We didn't see it. There is actually a nice bit of heathland here, albeit one that is getting scubbed over with young Pine trees that could probably do with removing, but unfortunately we couldn't linger long there because it was covered with industrial quantities of dog mess. I checked a few Viper's Bugloss plants on my way through, hoping to find the case-bearing moth associated with it, but instead found the inconspicuous ladybird Rhyzobius chrysomeloides. 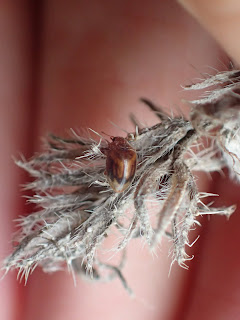 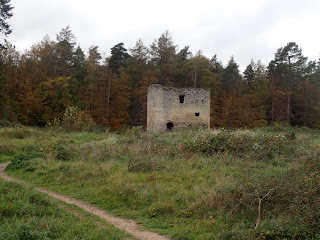 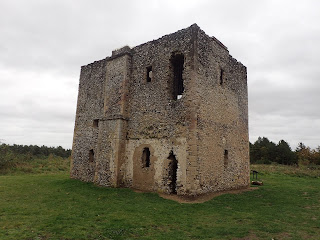 Behind the heath and the lodge is a lovely Beech wood, and thankfully most of the dogs bowels must have been emptied by the time they reached it. We spent quite a bit of time trying to catch falling leaves, which Rose found hilarious, but also saw some nice fungi, including several stumps covered in Stump Puffballs. There didn't seem to be a great variety of species, but what was there occurred in good numbers. 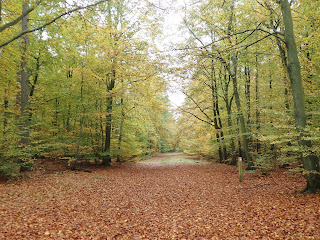 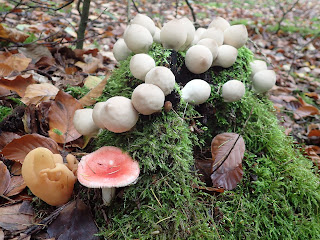 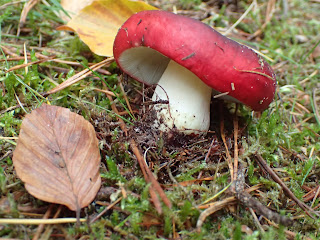