With the clocks set to go back and eliminate the possibility of seeing much wildlife after work, I took the opportunity to walk a bit further along the river than normal to a large ivy-covered willow tree. It was here that Vanna Bartlett had found several of the small green spider Nigma walckenaeri, sometimes called the Green Goblin, last year, and apparently they were present again. This species, a recent colonist to Norfolk, makes small rather flat silky webs on Ivy leaves and then hides underneath them. I found a few of the webs, before also finding a small male spider out in the open. 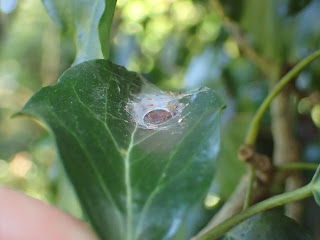 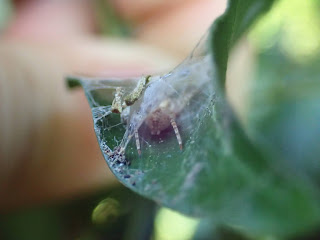 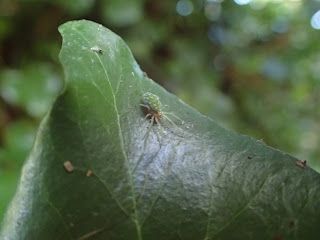