Because I'm usually busy during autumn, somewhat ironically I don't always get to spend much time to look for fungi on my own local patch, so I made a point of heading to Whitlingham Woods and then on to Trowse Woods for a walk around. At Whitlingham I found the larva of Coleophora albitarsella on Ground Ivy, a new one for the site, plus Shaggy Scalycap and Jelly Rot on a stump in the car park. 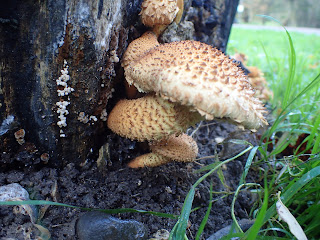 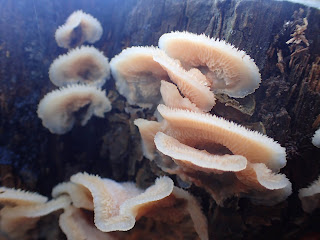 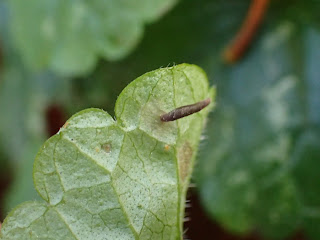 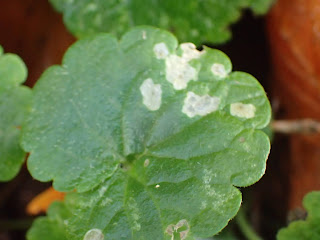 I had been given directions to several interesting species in Trowse Woods that had been found by members of the Fungus Study Group in the previous week, but I hadn't gone far in before I saw Anne Crotty, who was able to point out most of them, saving me a lot of hunting around! New species for me included Mycena erubescens, Pluteus hispidulus, Garlic Parachute and Mealy Oyster, whilst we did find a few species that hadn't been found previously, including Yellowing Cup, Peziza succosa. 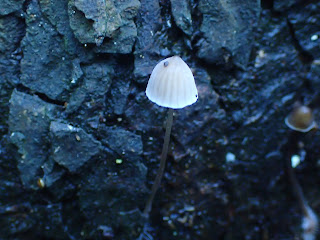 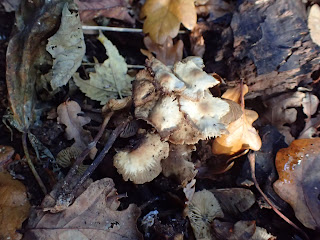 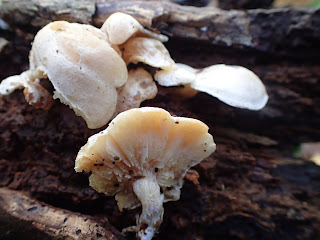 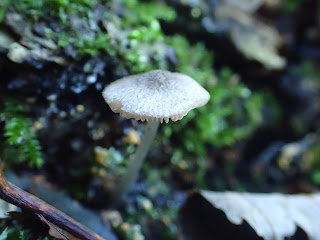 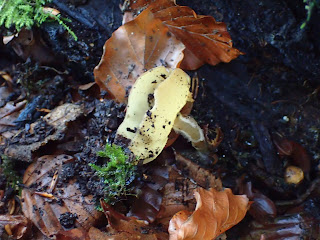