Heavy rain in the morning meant a delay before I could get back to Whitlingham for November's WeBS count, but for the time of year there wasn't as much winter wildfowl as expected, with 75 Tufted Ducks, 43 Gadwall, 105 Coot and 9 Little Grebes. In addition by the time I had completed my lap the drake Mandarin that often roosts on the Great Broad was back around the slipway. I also got good views of a Grey Heron which was perched up on one of the bridges along the south shore. 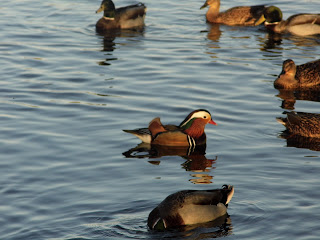 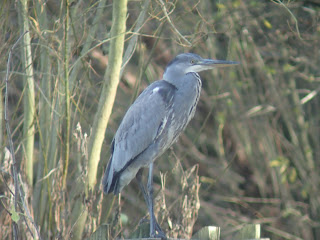 A few frosts had put paid to the flush of fungi that had come up in October, but I did note a couple of new patch species, Girdled Knight (Tricholoma cingulatum), a species associated with Willows, and Silky Pinkgill (Entoloma sericeum) a grassland species. 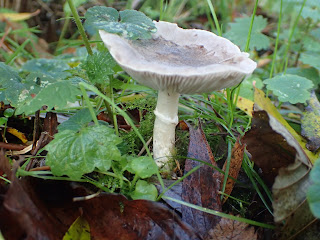 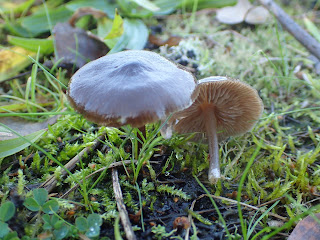