A family walk at Whitlingham Woods, in part accompanied by a Tree Slug as my daughter insisted that she wanted to show it (named Sluggy) the woods. The fallen Oak tree that has hosted impressive displays of Black Bulgar again was covered in fungi, mostly Stereum spp but also a nice Beefsteak Fungus. Other fungi included Dead Moll's Fingers, a slender relative of Dead Man's Fingers, plus the tiny but interesting-looking Merismodes anomalous. 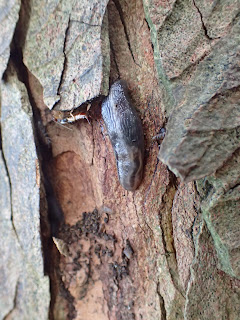 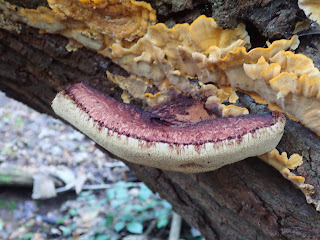 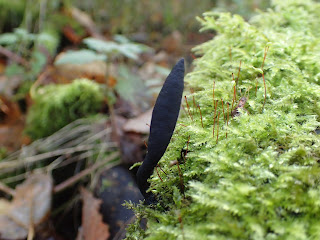 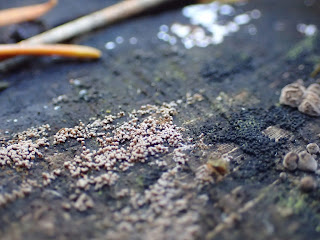 I made a point of checking lots of tree trunks for resting moths. No luck on that front, but we did see lots of Door Snails, a Pine Ladybird (a fairly common species but one previously missing from my Whitlingham list), Oak Bush Cricket and the spider Drapetisca socialis. 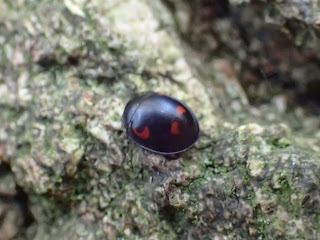 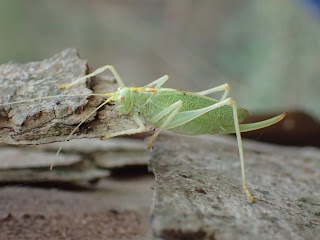 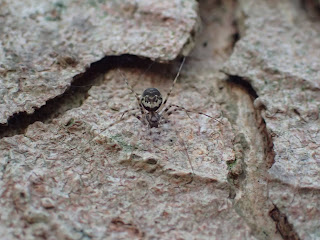