After a fairly quiet series of WeBS counts, this one had a good variety of species if not large numbers. A Water Rail squealed from the edge of the Little Broad, whilst on the Great Broad three Wigeon, six Pochard and a Goldeneye were present along with 16 Gadwall and 72 Tufted Ducks. Five Little Grebes and 58 Coot completed the winter fare. I'd not been there long when I heard a Crossbill calling overhead as it flew west, and later on a second one flew over, a long overdue patch tick. Whilst checking the picnic meadow for fungi I also heard some chacking calls and looked up to find a flock of Fieldfare (and a few Redwing) perched up -  a bird I usually only see flying over. 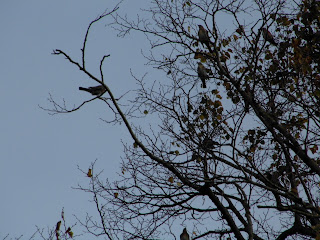 As well as the birds, it was also a good visit for fungi, and despite only taking a brisk walk along part of the woodland edge I found a nice range of species, several that I'd not recorded at Whitlingham before such as Sulphur Knight. On the meadow by the barn I also called in to see the White Saddles found a week or so previously by Keith Sowter. 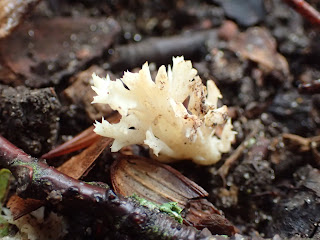 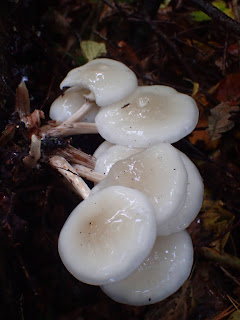 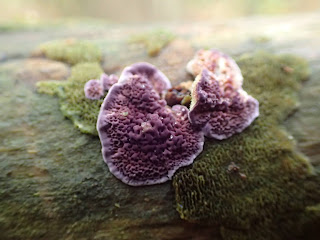 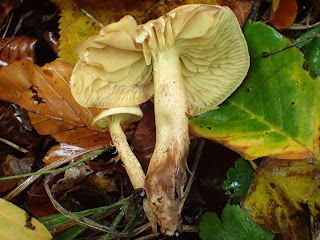 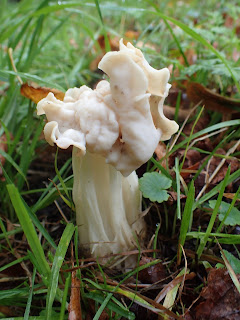