Birding during December largely took the form of looking around whilst walking to work (it is dark on my return). Whilst this was largely an uneventful affair, a couple of Pink-footed Geese flocks flew over, one heard only in the fog and one seen. The Cormorants perching up on a building near New Mills reached a total of four, falling well short of a new one for each day of advent. 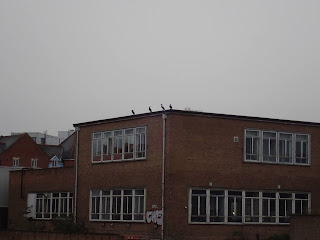 Bird of the month was a 2nd winter Yellow-legged Gull, initially found by Stephen Vickers in Wensum Park. When I cut through the park I was fortunate to see it fly in with some Herring Gulls. It was the closest up I've seen one, as well as being a new bird for several of my more tenuous birding lists (on foot from home and birds within the Norwich outer ring road). There was also a Herring Gull in a similar pluamge stage, so I was able to compare the two, which will hopefully come in handy when identifying this age Yellow-legged Gull again in future. As far as I know it is still present (writing this on the 29th Dec). 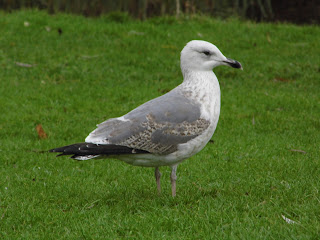 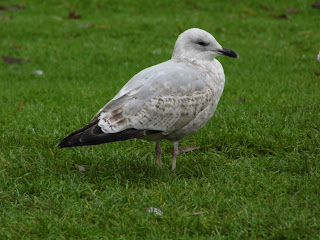 And so, unless anything great turns up in my garden this is the last blog entry of 2020. I got behind in the spring and never really caught back up until now, so apologies to readers that like their blog entries to be fairly current. Time depending I will put together a year highlights/summary post in a couple of days, but you won't be missing out on too much if I don't! Best wishes to everyone for 2021.