Norfolk is a great county for birding, but it does lack moorland and seabird cliffs. Natural England keep turning down my proposals to introduce all four species of Grouse to the Holt-Cromer ridge, so I haven't even bothered submitting my Hunstanton Razorbill cliff proposals. Anyway, if you want to see seabirds nesting the closest place is Bempton. Cathy & I did indeed want to see seabirds nesting, so that is where we went. After costing and rejecting several public transport related options, we decided to go on a day trip with Chris Lansdell of Oenanthe Birding Adventures. You can find out details here if you are interested: http://www.oenanthe.co.uk/.
Bempton is an RSPB reserve set back from the cliff, and the first thing you notice is how many Tree Sparrows there are, not just on the feeders but even nesting in the visitors centre roof! A short walk over the fields and you reach the cliff, the sight, sound and smell are all unforgettable. 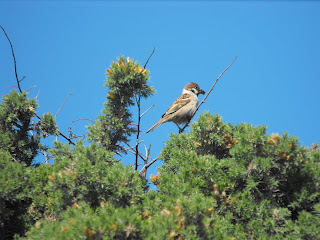 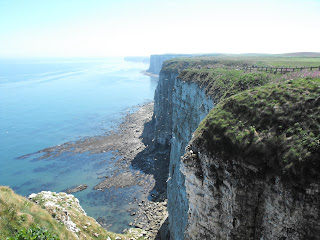 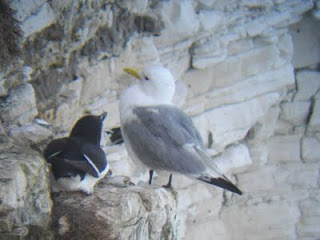 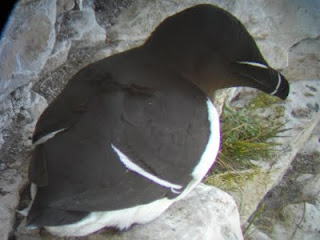 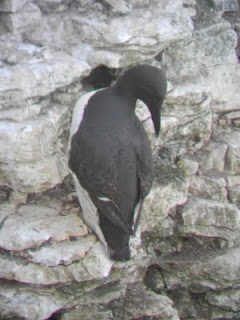 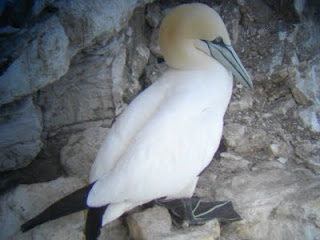 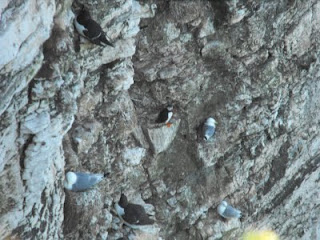 Puffin - Not as numerous as the other seabirds, but several were mixed in with the other auks on the sea, plus this little fella 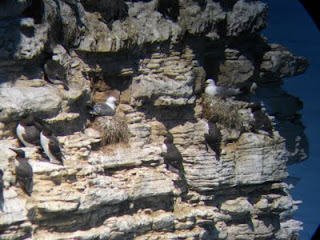 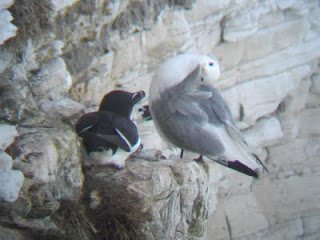 A Razorbill watches a Kittiwake be weird

Afterwards we had a quick look at Hornea Mere, which was rather quiet other than half of the world's population of Canada Geese (and Swan Goose x greylag, Canada x Greylag...just like home). Our final stop of the day was at Narborough Railway Line. Very few butterflies about, a first Meadow Brown of the year and a few Common Blues was about it. The first Pyramidal Orchids were poking through, and a female Emperor Dragonfly was also new for the year.