Saturday turned out to be a great day to be seawatching, but as often happens in autumn, I already had plans. I headed to Hickling Broad, where along with seven other members of the Norfolk Fungus Study Group we had arranged to be taken by boat across to the south of the reserve to survey some of the areas usually off limits. Meeting in the main car park, we transferred into two cars then headed to the boathouse at Whiteslea Lodge. As we got out of the cars I found some Alder Tongues - the second time I've seen them in the past few weeks having never seen any previously.

Donning life jackets we got on the boat and were whisked across to the staith near Rush Hills (ee could have walked from Potter Heigham, but this way was more time efficient). From here we crossed into the tower hide woodland, pausing on the way to look at some weird ridged jelly-like blobs. We figured that they were eggs of something, but had no idea what. Tony Irwin has since identified them as the eggs of a Caddisfly. 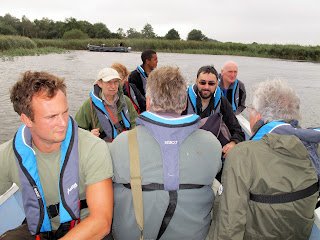 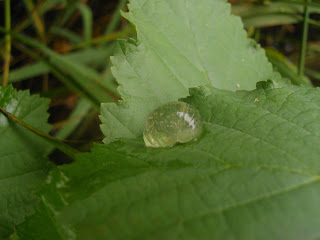 To begin with we weren't finding many larger fungi, but a large patch of Leopard Earthballs were of interest. Better was to come, with two new species for me - some small white spindles growing from a dead fly (the exact species still to be determined) and some Parasitic Boletes, growing up from the mycelium of Common Earthballs. 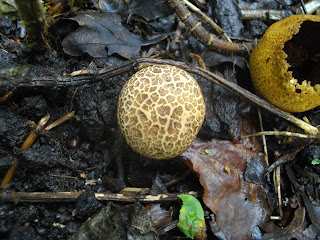 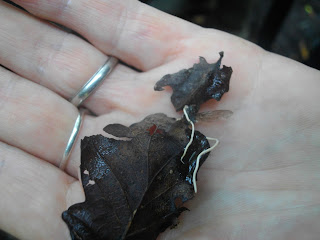 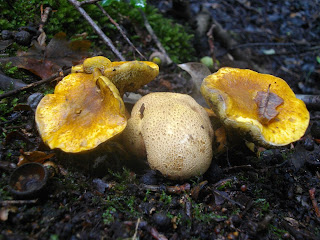 Walking along the edge of a ditch we saw more Parasitic Boletes, along with lots of Crested Coral. Some red-capped boletes with bright yellow pores were probably Ruby Boletes, subject to checking. Emerging out of the woods and into a paddock we indulged in the glamorous work of checking the animal dung for fungi. There were several smaller species, but also the impressive Snowy Ink Cap. 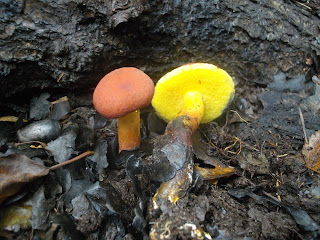 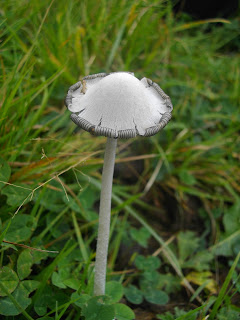 Exiting the field we stopped for lunch, and I found a branch covered in one of the toothed crusts - probably Radulomyces molaris. I noticed a Common Darter resting on the fence, even more obliging than usual. 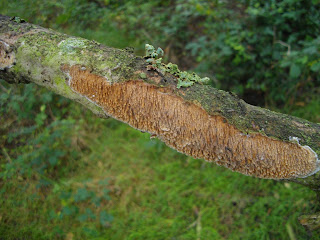 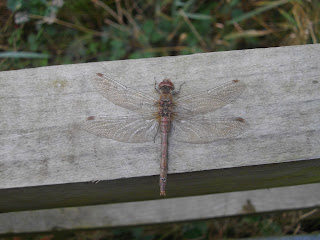 On our way back to the boat Neil found two False Ladybird beetles, another new species for me. As we rejoined the main path a Knot Grass caterpillar was on some vegetation, and after getting the boat back we found another interesting caterpillar, this time a Reed Dagger. Before heading back to the car park we saw two interesting plants, the non-native Buttonweed and the rare broadland speciality Holly-leaved Naiad. 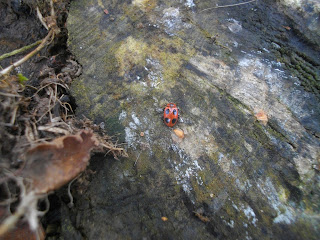 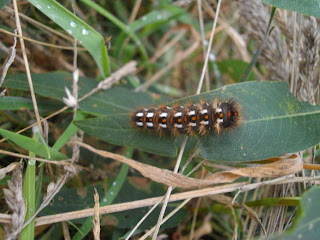 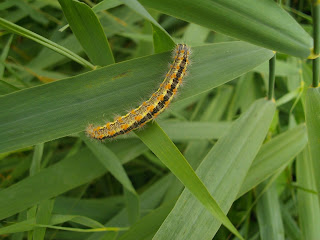 Before leaving we had a quick look in an area of reeds, mostly for Reed Bonnets. We didn't find this particular species, but did find another interesting one, some fuzzy white growths froma dead spider. I checked Milk Parsley leaves for late Swallowtail caterpillars, and in doing so noticed a leaf miner in several plants. Subject to confirmation this is quite a rare fly, only described in 1985, and only recorded on NBN from two 10km squares nationally! Before heading home we had a look at a specimen of Black Tooth, a first for Norfolk found by Anne Crotty. 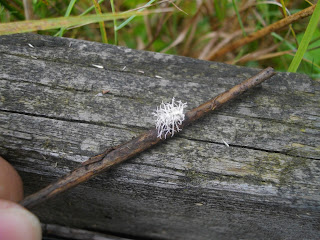 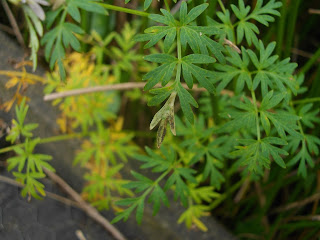