Whilst at work I received a text telling me about a Ringed Plover at Thorpe Marsh. Not a species I've seen here before, so despite suspecting that it would have moved on, I headed down there after work for a quick look. There was no sign of it - a good look at the shingle edging produced one bouncing Common Sandpiper and that was it for waders. On the broad were four Tufted Ducks (possibly a female and three grown young), accompanied by a female Pochard. 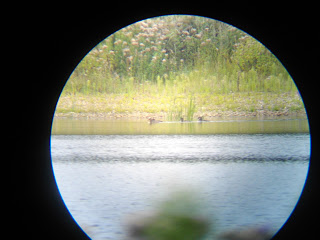 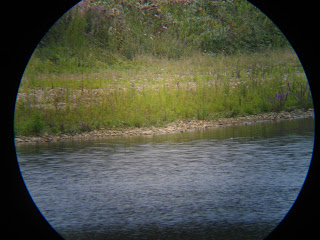 The only other thing of note were several Hairy Shieldbug nymphs and a large patch of mildew-infested Knotgrass. I suspect the mildew will be Erysiphe polygoni, but I have sent a few leaves off to Oliver Ellingham's powdery mildew survey to confirm it. On a sad note there was a sign up saying that the cattle have been removed from the marsh as a calf was killed after being attacked by a dog. It should go without saying that if you are out with a dog around wildlife or livestock, please keep it under control. 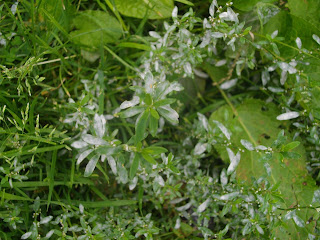 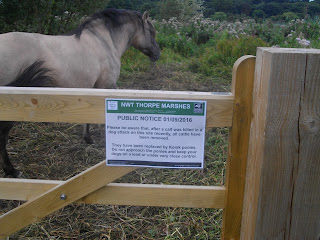