During the afternoon Ben Lewis had seen a Clouded Yellow butterfly at Whitlingham, so I headed down early evening just in case it was still around. Despite the warmth the shadows were beginning to fall, and there were very few butterflies of any colour. I spent some time watching a Robberfly (a female Kite-tailed Robberfly I think) some Lasioglossum bees on Canadian Goldenrod. 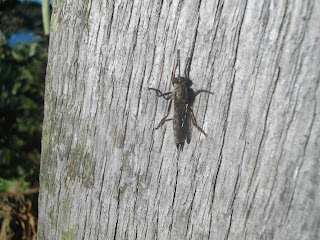 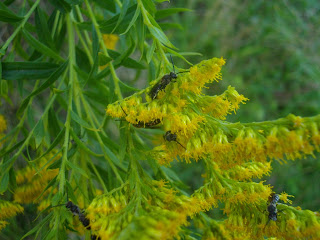 With the South Yare Wildlife Group fungus foray coming up at the end of the month I also had a quick look for some fungi. The dry conditions meant there wasn't much about, but the Giant Polypore was impressive as ever. 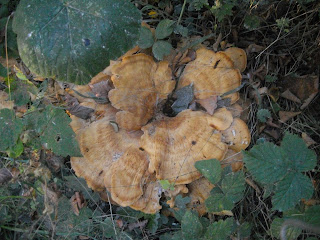 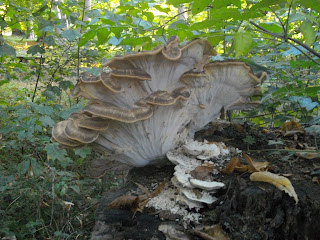