I headed down to Whitlingham for an hour after work on Thursday, but with few birds about I ended up going as far as the island then looping back around the picnic meadow. A Holly Blue was of interest, as like Small Copper I tend to see them less than annually here. I noticed some leaf spots on the lime and went to have a look, and in doing so also found a soldier fly resting on one of them. 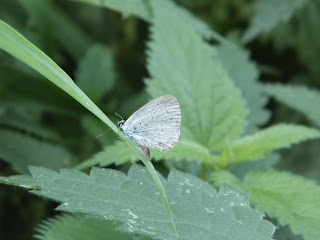 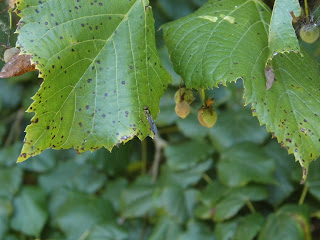 Other interesting sightings on the meadow included a Robber fly with prey (not identified to species yet, hopefully I'll sort that out later) and a Common Darter on a dead umbellifer. 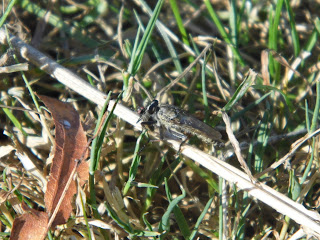 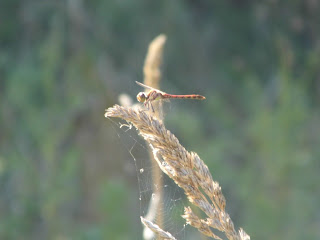