A recent post on the Norfolk Wildlife Trust blog talked about some 'hidden gem' sites in mid-Norfolk, one of which was Bawdeswell Heath. Recently there had been some warm and wet weather, great for fungi, so I decided to go and have a look round. Having found the small car park and double checked that I wasn't doing anything against the rather official list of rules, I crossed over a small bridge and headed into the woods. 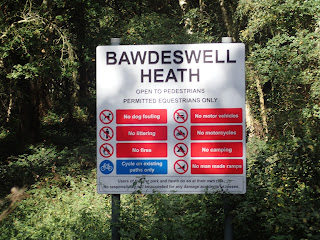 I had judged the conditions correctly and there was a lot of fungi about, mostly associated with birch. I did notice some small brackets with gill-like veins underneath. I recognised them as Plicatura crispa, which I think is the second Norfolk record. Nearby was the fleecy cap of a Frosted Webcap, not as rare as the previous species but still only the second time I've seen one. 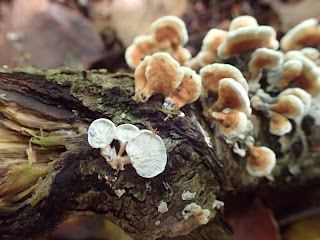 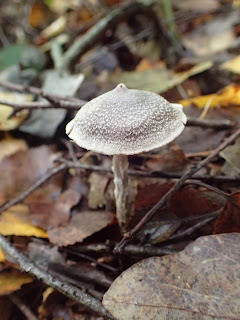 As I headed round the site I was beginning to think that succession had rendered the 'heath' part of the name obsolete. I had looked at some old records from Bawdeswell and Ghost Boletes had previously been seen there, so I made my way along the path checking for these pale fungi. I did find several different boletes, but no ghosts.

A recent Agromyzidae newsletter had suggested some target species for the month ahead and one of them occurred on Honeysuckle, so in addition to looking out for fungi I also checked out the Honeysuckle. I didn't find the target mine, but did find both Chromatomyia aprinila and Chromatomyia lonicera, plus Honeysuckle whitefly. 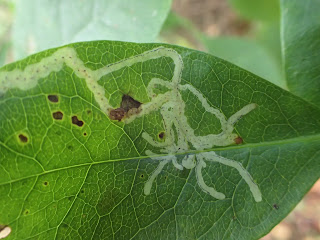 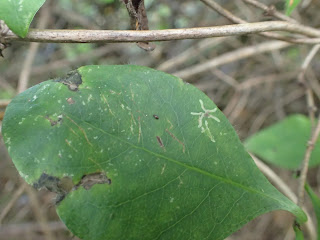 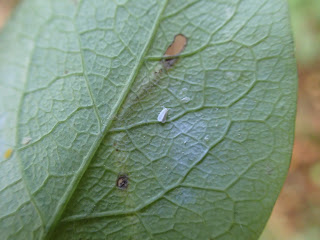 Cutting back through the middle I found a small bit of heath, which I was pleased about. A bit of grassland in front held some Snowy Waxcaps and yellow club sp. Checking the heather I noticed a couple of shieldbugs, and they turned out to be Spiked Shieldbug, a second new shieldbug species for me in the past two weeks. All in all a prodcutive visit to a nice little site. 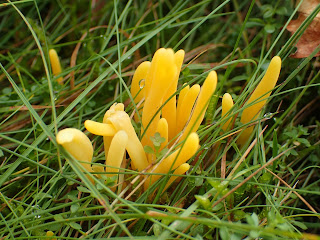 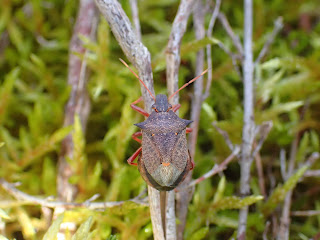