In a few weeks time after work trips to Whitlingham will once again become impossible until the spring, so I made the most of the light and spent an hour looking and listening for migrants. The only birds of note were hundreds of Jackdaws going to roost in trees on the main island, and a flyover Grey Wagtail. 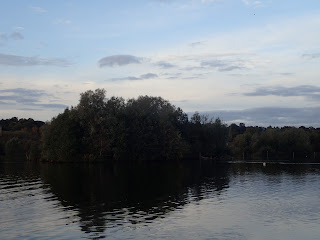 Of other stuff, I saw several Parent Bugs on the Alders, and also these leaf mines that have caused a bit of discussion online. Leafmine guru John Langmaid agreed with me that they were Phyllonorycter klemaniella, but the reddish triangle at the base of the midrib is a feature of the (usually longer) mines of Phyllonorycter froelichiella, so at some point I need to go back for another look. 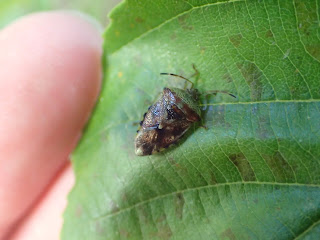 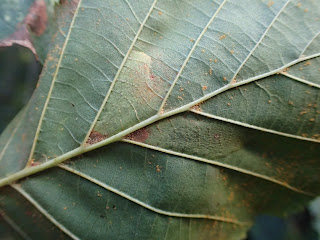 As well as the Alders I also checked some Ash trees, hoping to find one of the Agromyzid Recording Scheme's target mines. I didn't, but did find a moth mine. It keyed out nicely online as Prays fraxinella, but when I went to submit it I found out that the species has been split and there is no information about the mines of the 'new' species Prays ruficeps, so it has to go down as either/or. 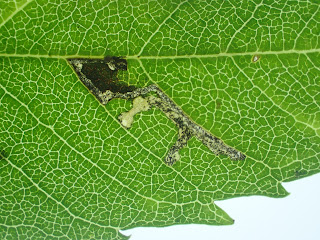