On Saturday Ian & I made our way down the Yare Valley towards Hassingham, where we were accessing the private woodland at Buckenham Carrs. The owners are keen for naturalists to record the wildlife on their estate, and the NNNS have made it a research project for the next couple of years. There had been two visits so far, one of the research committee and one from the Norfolk moth survey, neither of which I could attend, but on this one we were looking at fungi.

We met up with a slightly depleted group in the car park (Tony and Neil were both busy elsewhere) and after a quick briefing as to where we could go, we set off across an area of grassland to a small arboretum. There were a few Mycena and Blackening Waxcaps in the grassland but numbers started to pick up in the woods. An early highlight came in the form of some Stubble Rosegills. These large white toadstools were new for some of the group, although I had seen them once before at Holt. I was puzzled by a strange noise coming from the vegetation nearby, and it only became apparent what was making it when a Reeve's Pheasant wandered by. 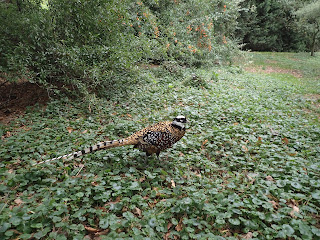 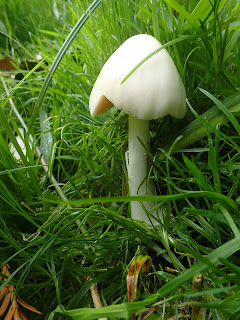 The next phase of our walk took us into some wet woodland and this area was productive, with Dark Honey Fungus, a small purple Cortinarius, Ochre Aldercap and Blue Roundhead. In a nearby bit of Alder carr we saw Lilac and Fiery Milkcaps, Jellybabies (now seemingly a regular find) and some Olive Oysterlings. We headed back to the cars for lunch, stopping on the way to look at some Mistletoe growing at eye level. The final find before lunch was some Apricot Clubs on the lawn. 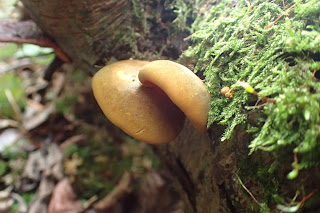 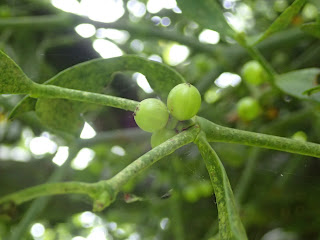 The rain began to fall a bit harder, so we ate lunch in the cars. After a short break we then headed off to look at another area of woodland. The fungi here was different to the areas we had checked earlier in the day, with Common Puffballs, Upright Coral, and a nice patch of Aniseed Funnels. Peeling Oysterling was another good find here, before we left the woods and found some more grassland species, including Wood Pinkgill. 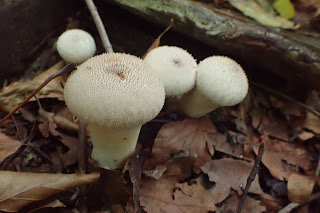 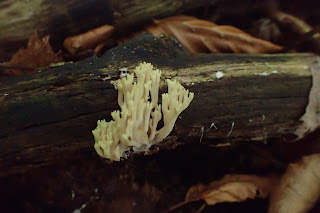 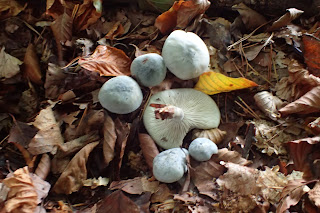 Before calling it a day we took in a third area of wet woodland. Yvonne managed to find two very small but interesting fungi growing on plant debris. Mycena pterigena is a small bonnet with red gill edges that grows on fern debris, whilst Marasmius limosus is a parachute found on reed. After a quick walk to the end of the path to look out over the broad, we returned to the cottage. We had a brief chat with our host, who talked up a Kingfisher that flew in and perched on a bridge nearby. 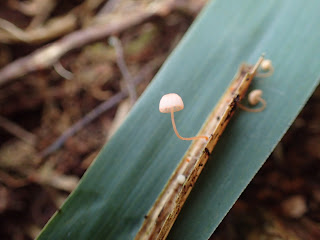 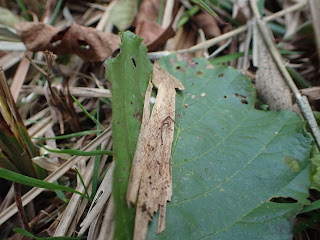 In total we managed over 80 species in a relatively small area, so another successful foray.
Posted by James Emerson