Having been on a course during the day, I was able to call in at Catton Park on my way home. There was  still a bit of sunshine so I was hoping there would be lots of insects about, but it was still too early for the wildflower meadow so I kept to the edge of the woodland, focusing on the band of Dandelions growing in the rough grassland and the sporadic Alexanders and Cow Parsley. There was a lot of hoverflies, but almost all that I inspected were Melanostoma scalare, with the exception of a single Baccha elongata and some Eristalis sp. 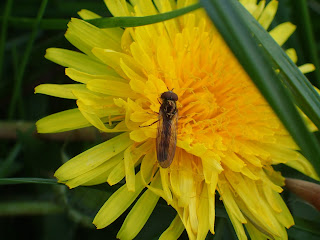 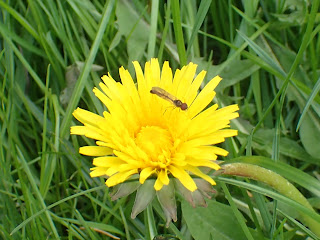 Pleasingly I did actually find two new species for me, a plant bug, Stendodema laevigata and a small carabid, Demetrias atricapillus. A tiny Dark Bush-cricket nymph was my earliest ever, and a Dock Bug was my first of the year to complete a productive hour. 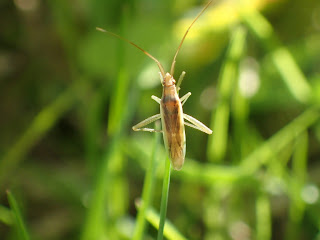 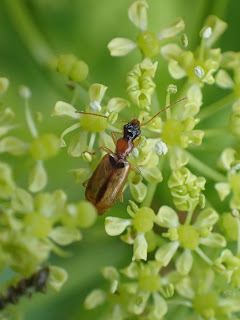