Another handful of insects noted on my daily commute, including some interesting webbing. Notes with the photos.

Meridon equestris - a variably-patterned hoverfly that mimics bumblebees. The larvae feed on bulbs of Daffodils and Bluebells for most of the year before the short-lived adults emerged. After seeing my first of the year near New Mills I found several more on my visits out. 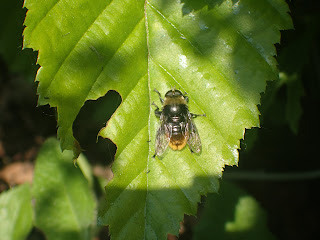 Whilst checking a birch trunk for resting insects, I noticed that it was covered in sheets of silk. It didn't look like the work of caterpillars or spiders, so I was intrigued what could have caused it. Some internet research strongly suggests that it is down to Barklice. I'm not sure if several species do this in the UK, or if it is only Archipsocus nomas. 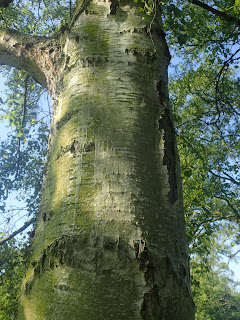 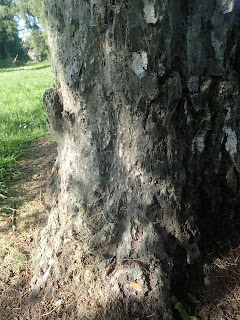 Whilst searching the same tree trunk I did notice two moths, which both turned out to be new for me. The top one is Birch Conch, Conchylis nana, and the second one is Common Birch Bell, Epinotia immundana. 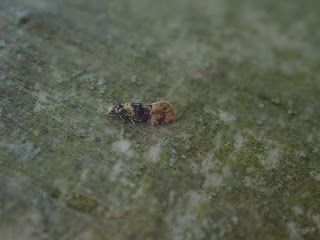 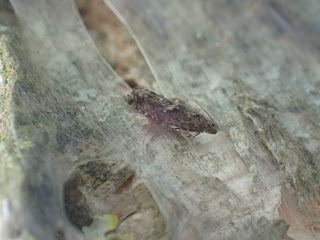 Later in the week there was an emergence of Mayflies along the river, and on Friday I walked home via Train Wood, seeing clouds of them as well as a Holly Blue and a very smart pointy-faced Anasimyia lineata hoverfly. 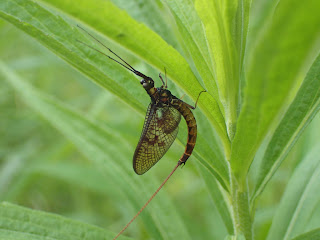 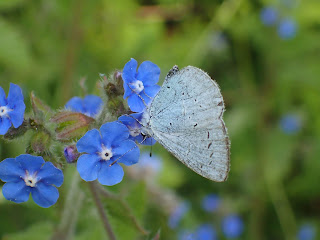 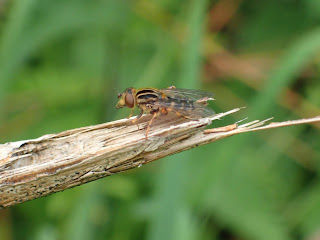 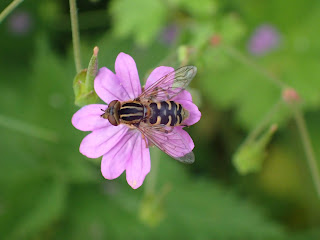