After the lichen walk I gave Jeremy and Vanna a lift home, and whilst at theirs had a look at some more wildlife. The highlight was a new hoverfly, Eumerus funeralis. This species has a lookalike that can only be separated by a close look at the inner surface of the hind femur - fortunately Vanna caught it and we could check that it was E. funeralis before it was released back into the garden. Other new species included the bug Harpocera thoracica and the sawfly Aglaostigma fulvipes, although as often happens I saw both of those species again elsewhere on the following day! 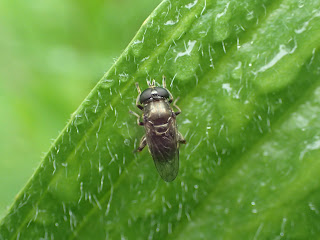 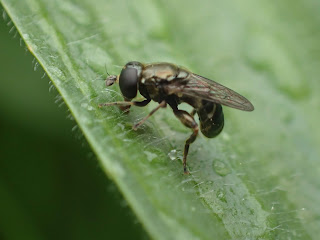 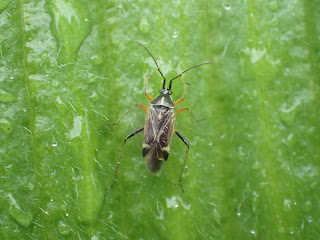 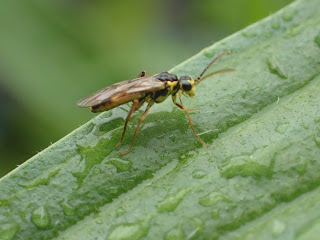 Another highlight was the sighting of two picture winged flies, Tephritis neesii, doing a dance. This consisted of the pair facing each other and doing elaborate wing-flicking, which was very interesting to watch. A bit of research suggests it was probably a courtship dance, but I can't rule out that it was two males having a dispute. 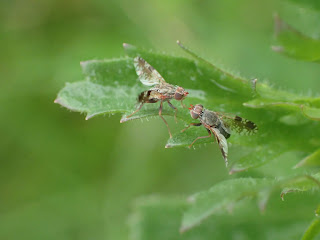 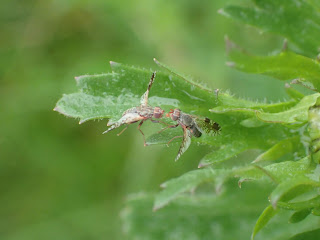 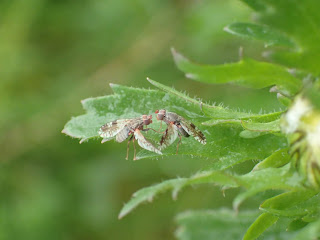 As I was leaving a small moth flew past, resembling a Diamond-back Moth. Jeremy and Vanna both recognised it as a related species, Plutella porrectella. They were used to seeing it on their Dame's Violet, but it is fairly scarce in Norwich and was a fourth new species for me during my brief visit. It was five by the time I reached the car as on my way past the house I noticed the a gall on Red Valerian. This is caused by Trioza centranthi, and seems to be spreading through the UK. It is quite distinctive (have a look at the photo and keep an eye out for it) and Vanna was sure that it hadn't been there in previous years. 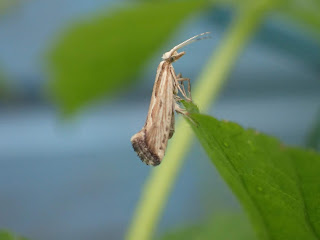 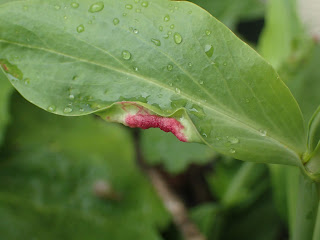