I have a (non-written) hierarchy of my favourite wildlife groups, and shieldbugs are pretty high up it. On Sunday I received a rather intriguing text message that simply read "Bordered Shieldbug?" I initially assumed that it was an ID request with a missing picture, not an unusual event with me as my phone is a very basic model that can't handle photos. However it actually transpired that Vanna had found a Bordered Shieldbug on the allotment and had temporarily brought it home. I popped round to have a look and was surprised how small it was. I had previously seen another all black shieldbug, Forget-me-not shieldbug, but this was half the size (about 4mm). 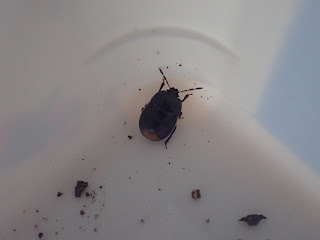 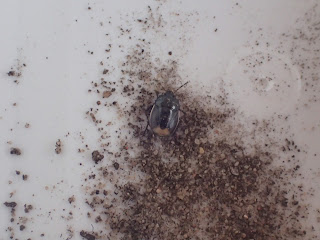 Jeremy and Vanna have an enviable garden wildlife list so before leaving we did a quick lap of the garden, seeing Vestal Cuckoo Bee, Blue Mason Bee, the picture-winged fly Tephritis neesii, the hoverfly Melanostoma scalare, leaf mines of Phytomyza leucanthemi in Ox-eye Daisy leaves and Splitgill fungus. Quite a productive half an hour! Thanks as always to Jeremy and Vanna for their hospitality. 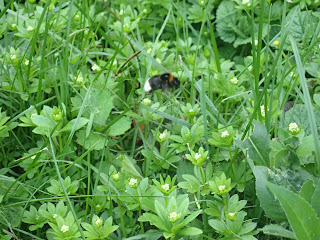 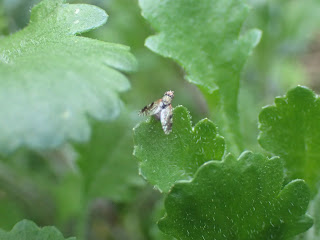 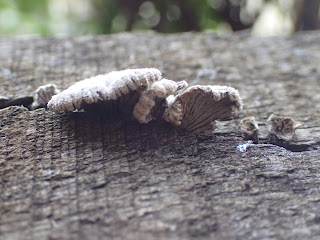