The May wildfowl count at Whitlingham won't live particularly long in the memory, being rather light on birds. I visited a bit later than my last visit as mist was forecast and I didn't want a repeat of the hour I spent last month staring into the fog. By the time I got there the visibility was fine, with only a thin layer of mist scudding across the water surface. There were five small broods of Greylag Geese at the west end of the Great Broad, but no sign of the Egyptian Goose brood (hopefully out of sight on the island rather than expired). Three Oystercatchers flew over, and four Tufted Ducks were still present. 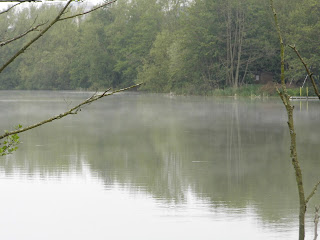 Having not visited for several weeks I noted the warblers as I went round, hearing two Garden Warblers (I had a brief chat with Brian who had heard three earlier in the morning) plus Whitethroat, Reed Warbler and an out of place Sedge Warbler singing from some scrub near the archery range. I didn't hear a single Willow Warbler, which was disappointing.

Amongst the other wildlife I noticed the feeding signs and then larval case of Common Case-bearer (Coleophora serratella) on Alder leaves. The attractive beetle Plateumaris sericea was also seen in several different colours, and I managed to identify another Nomad bee as Nomada flava, a patch tick for me. I temporarily detained a Parhelophilus hoverfly, but it wasn't the species that has a tubercle on the leg so I still couldn't identify it. The C.P. was starting to get very busy due to a canoe race, so once I'd finished the count I headed back home. 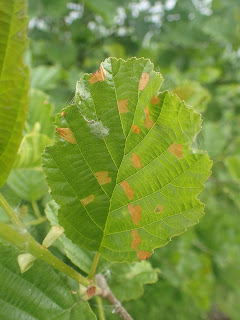 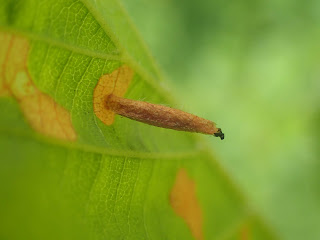 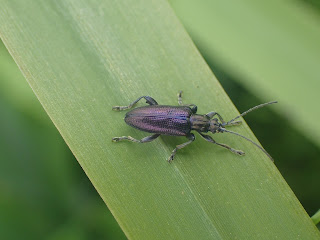 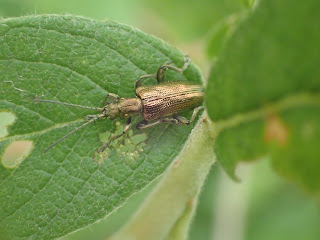 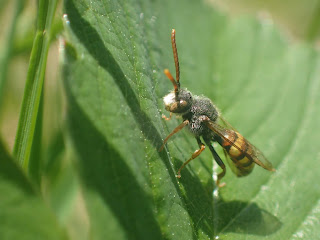 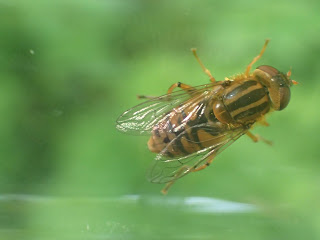