NORWICH - a week of wildlife

The sustained spell of sunshine meant many plants were flowering and lots of insects were on the wing around Norwich. Accordingly I varied my route to and from work to take in as many patches of flowers as possible, and recorded a range of species.

My week actually began with a fungus twitch. At the start of the bank holiday Dave Andrews had tweeted photos of a phallic-looking fungus growing in a Norwich curchyard. He had naturally assumed it was a Stinkhorn, Phallus impudicus. The time of year would be unusual for that species however, and when I looked at it I realised it was actually a Semi-free Morel, Mitrophora semilibera. I'd not seen this species before, so luckily it was still standing (in fact I saw six fruiting bodies), although the fruiting bodies had started to deteriorate in the heat. On the way home I noticed some galls on Rowan, caused by Eriophyes sorbi. 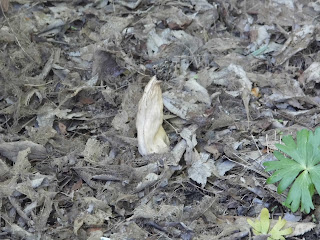 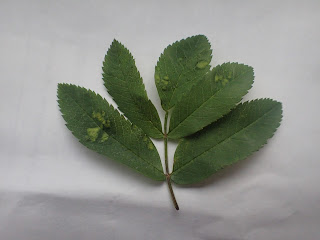 On the next day I was pleased to find a Nomada sp sunning itself on some riverside trees. The size and uninterrupted bands made me think it was Nomada goodeniana, but the tegulae etc should be yellow, so perhaps I need to reconsider that. My first Large Red Damselfly was seen nearby, as were several Syrphus ribesii hoverflies. 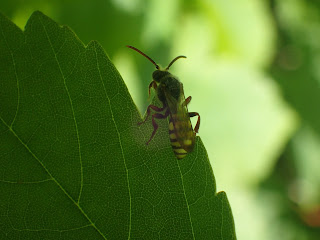 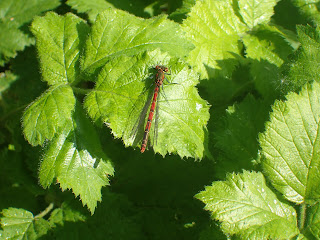 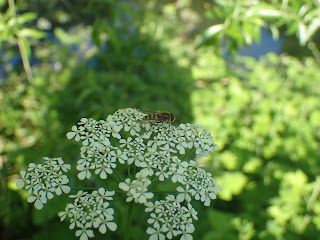 At work I noticed a small deceased insect on a windowsill, which Tony Irwin kindly identified for me as the barklouse Loensia variegata. Finally on my way home I saw a yellow flower that I didn't recognise, which turned out to be Woad. This plant is well known as the source of the blue dye used for body painting in the past (a good excuse to rewatch the Horrible Histories 'warrior boast battle' here: https://www.youtube.com/watch?v=-SUeX-5QTAM) 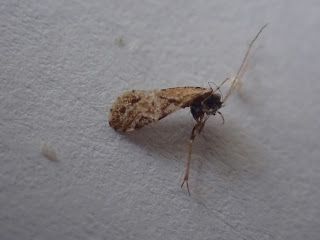 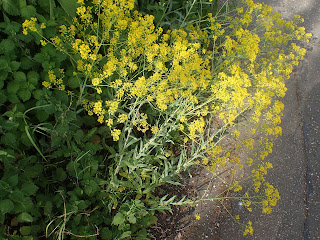 Thursday morning was damp, but fortunately the evening was warmer, so I diverted through Waterloo Park. My target was a sawfly, Blennocampa phyllocolpa, that causes the leaves of roses to roll in at the sides. Andy Musgrove assured me that it was probably on every area of roses in Norfolk, but I hadn't seen it on the random plants checked on my route over the past few days. I managed to find the leaf rolls on a bush near the pavilion steps, and did see an adult, although it didn't stay for a photo. 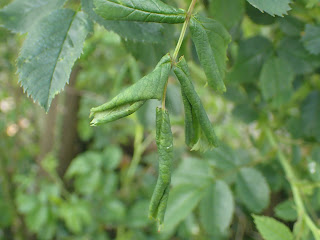 Whilst waiting in vain for the sawfly to return, a nice Sulphur Tubic, Esperia sulphurella, landed on me, whilst a Holly Blue and a mating pair of Parent Bugs were also noted. Whilst photographing the Parent Bugs several Birch Catkin Bugs fell on me - if you haven't ever seen one then standing under a birch tree for 30 seconds will probably remedy that (they are very common). 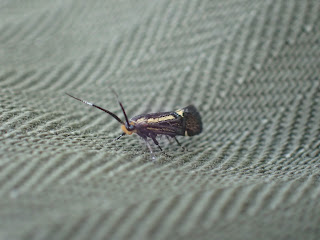 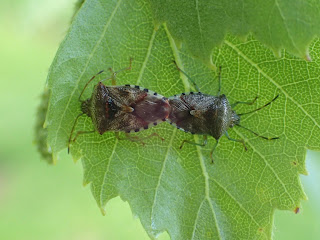 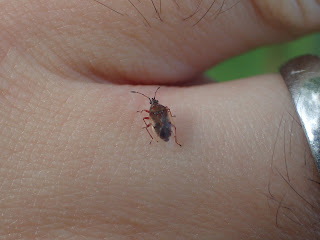 On Friday I stopped near a patch of sunny leaves to see what was basking. There were loads of Syrphus hoverflies, but once again all that I checked were S. ribesii. There are two similar, and apparently common, other Syrphus species, S. torvus and S. vitripennis, but as yet I've recorded neither. The bug Dryophilocoris flavoquadrimaculatus was found, more Large Red Damselflies had emerged, and a distinctive-looking fly was almost certainly Anthomyia procellaris. 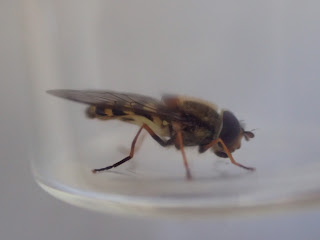 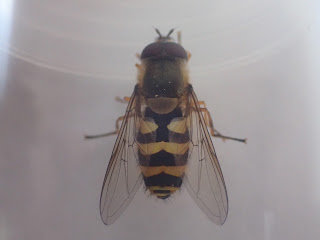 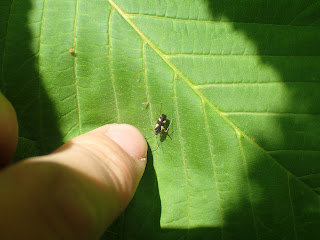 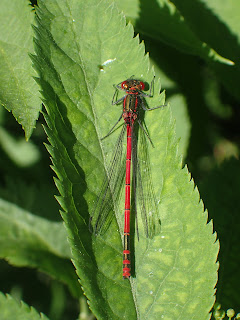 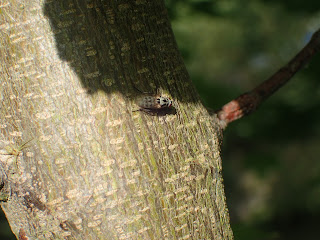 Less obvious species noted were Horse Chestnut Scale Insect on Sycamore and Elder Aphid, Aphis sambuci, on Elder. There were also aphids on the Sycamore, but I've not identified them yet, perhaps better to wait until they have grown a bit. 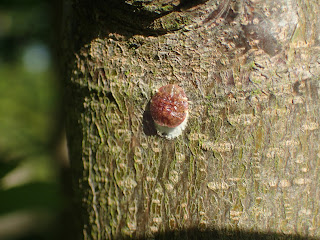 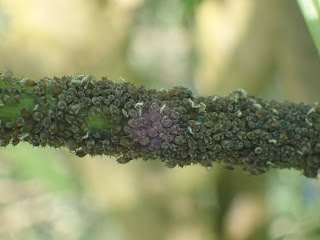 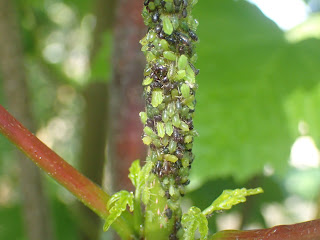 I had received a text from Adam to say that he had heard a Cetti's Warbler near Cow Tower on his way into work. That would be a good 'inner ring road' Norwich bird, so I took a rather large detour there on my way home in the hope that it would still be around. Unfortunately it was either quiet or had gone. The breeze had got up, limiting the potential for insects, but I did find the leaf mine of Lynonetia clerkella on Hawthorn, the caddisfly Limnophilus rhombicus, the hoverfly Dasysyrphus venustus and a bee, probably Andrena scotica. A brood of Egyptian Geese capped off my week of wildlife commutes. 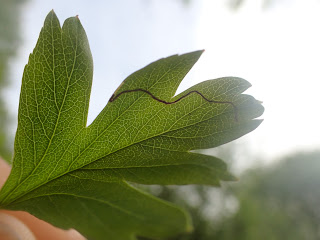 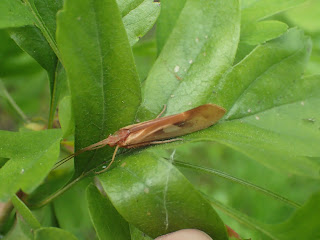 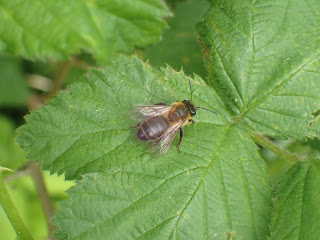 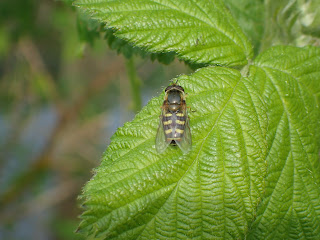 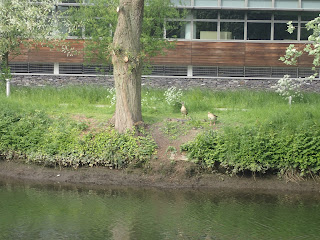