Most of the monthly Friends of Earlham Cemetery walks are led by a member of the group, but for this one Peter Lambley, the county lichen recorder, had agreed to take us round. Despite the drizzly weather there was a good turnout, and we managed to record about 25 lichens in total. Many of them were fairly common species associate with gravestones or trees, but I did see three new species, Candelariella medians, Lecanora polytropa and Lecanora soralifera. 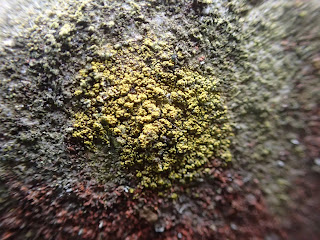 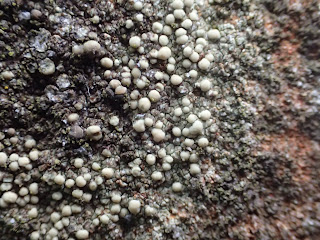 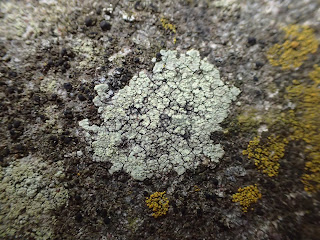 There were few insects about because of the overcast conditions, but Will did catch a hoverfly, Cheilosia bergenstammi, one of many similar shiny black species, and a Bee-fly was roosting on some vegetation. I spotted an old Birch Polypore and checked for Ochre Cushion fungus, which sometimes grows underneath and was indeed present. 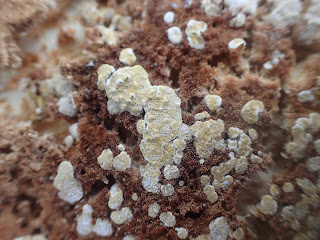 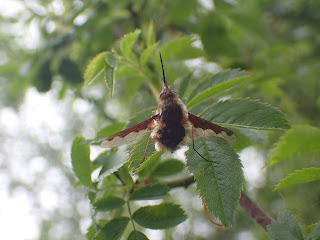 Two moth larvae were the highlight of the visit. Firstly I noticed an Eriocrania mine on a birch tree, a destinctive group of species because of the time of year and spirals of frass. They can be quite difficult to ID to species level, but fortunately this one has a distinctive larva, which emerged the following day to confirm it as Eriocrania unimaculella. This was a new species for the 10km square. I was actually more pleased to find the second one though, because it was very well camouflaged. I found several horn-shaped larval cases, covered in lichen, at the base of a tree. These were Virgin Smoke (Luffia ferchaultella), so called because only females have been found in Britain - apparently they breed parthenogenetically rather than sexually. 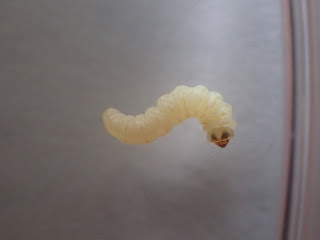 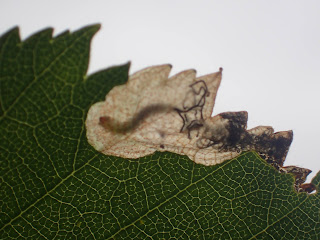 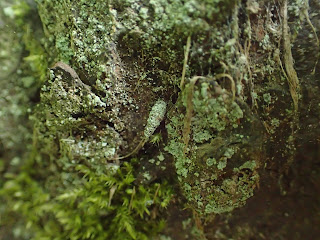