It had been chucking it down with rain earlier in the day, but on my way home from work the sun was shining so I decided to take a detour on the way home to take in Train Wood. There was a lot of Alexanders and Cow Parsley in flower near the old railway station and there had clearly been an emergence of Bibio spp, with St Mark's Flies and Bibio anglicus (one of two species where the female has a bright red thorax) numerous on the flower. 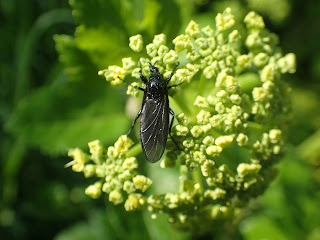 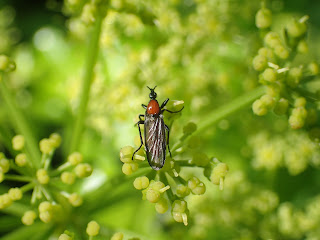 I spotted a dead-looking Nomad bee so I picked it up, but it turned out it was just bedraggled and eventually it managed to stretch out. A close look determined it as Nomada marshamella, a common species but a new one for me. A bit further along I saw a micro moth with large feathered antennae. This was a male Incurvaria masculella, which like the Nomada was a new species for me, once again illustrating the huge number of species I've never seen that occur around the area I live and work in. A Red Currant leaf gall caused by Cryptomyzus ribis aphids was also of note. 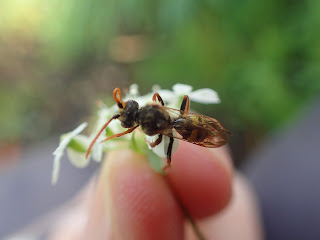 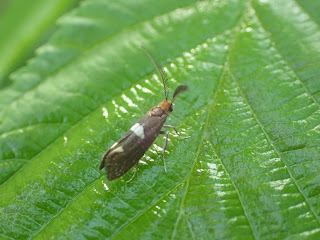 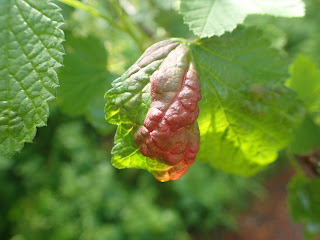