The second of my target species for 2017 was Breckland Speedwell, a species that I had looked for in 2016 but not seen. Once of the remaining Norfolk sites for this species is a roadside nature reserve at Thetford, where it grows alongside the very similar Fingered Speedwell. The verge is quite a small one, so Cathy & I set about searching for small blue flowers. Most of these turned out to be Early Forget-me-not, but I did locate a single flowering spike of Breckland Speedwell. This year was a complete reversal of last year, when Ian & I only found the Fingered Speedwell. 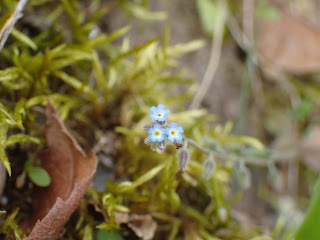 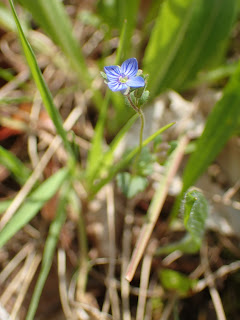 Having successfully located our target species, we headed off to Brandon Country Park for lunch and a walk in the woods. Outside the cafe I had a look at a hoverfly and found that it was one I'd not recorded before, Meliscaeva cinctella. A Rosemary Beetle was present on the lavendar nearby, a regular find here. 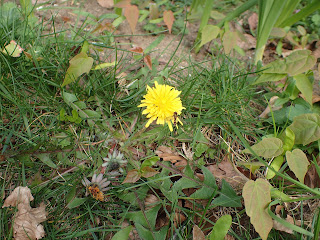 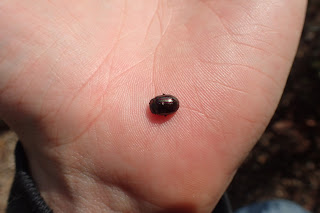 After lunch we went down to the lawn near the lake. I had been told that one of the Cedars that grows nearby had Cedar Cup fungus growing around it earlier in the season, but we couldn't find any. Some tiny Spring Vetch was found, and we watched a column of ants moving from one tree to another. Avian highlights of our walk included a flyover Crossbill and a Brambling, whilst we stopped to watch a hole in the path that Cathy had noticed and were rewarded with views of two female Tawny Mining Bees. 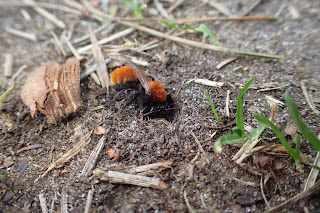