In most years Cathy & I will make time for a trip to an old woodland site to see the Bluebells. Our favoured site is Ashwellthorpe Lower Wood, so after our Eagle dipping we headed there, even managing to find the hidden car park entrance first time. As well as the Bluebells there were a number of other things to look for - I kept an eye out for Herb Paris and Anemone Cup fungus (which must surely be present here amongst the masses of Wood Anemones), whilst I set Cathy the task of finding a white Early Purple Orchid. This species was present in the largest numbers I remember here, and Cathy found me a very pale one, albeit faintly pink rather than completely white. 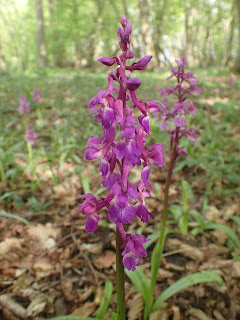 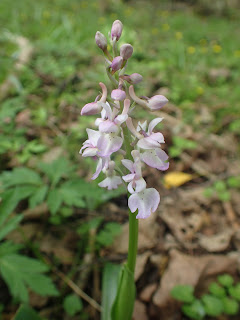 We worked our way round to the corner with the highest concentration of Bluebells and took in the sight and smell before working our way back round. A number of other woodland plants were seen, including Yellow Archangel, Bugle and Sanicle, but the highlight for me was Goldilocks Buttercup, a plant I'd not seen before. I initially thought it was an old plant as the flowers looked quite tatty, but Harrap's Wildflowers says that the messy flowers are a feature of this species! 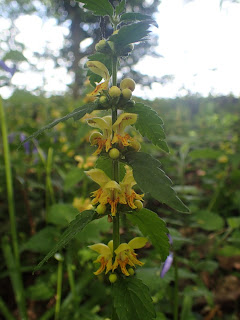 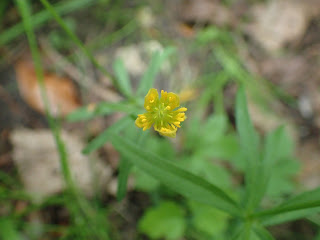 Walking along a more open ride we began to see a wide range of insects, including some tiny Dark Bush Cricket nymphs and some Sloe Shieldbugs. The Wild Garlic was almost in full flower, but it was too early for the associated Ramsons Hoverfly. Nonetheless it was proving popular with a range of solitary bees and other insects. As we were about to leave the car park I noticed some Solomon's Seal growing near the fence. Presumably it has escaped from a nearby garden, but interesting nonetheless. 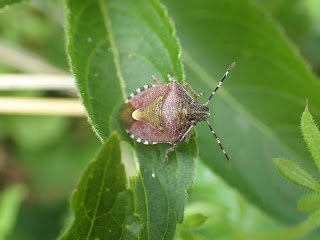 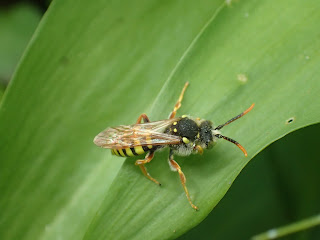 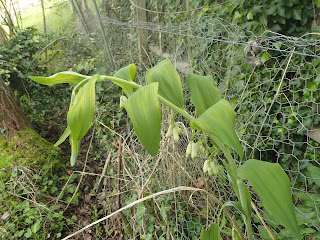