Early April has seen a range of migrants pass through at Whitlingham and Thorpe Marsh, most of them not staying for long. On Tuesday I received a message from Justin to say that he had found a drake Common Scoter on St Andrews Broad at Thorpe, so I headed down at lunch for a quick look. Fortunately it was still there (and remained until Wednesday), and I was able to watch it swimming around in the sunshine. Afterwards I completed a quick lap of the marsh, but didn't see any other migrants. On my way back along the path from the cattle pound I disturbed a Chinese Water Deer that had presumably been along the edge of the dyke, and as it ran off it spooked up a Snipe from the cut area nearby. 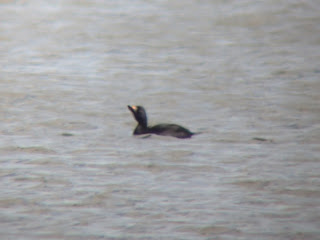 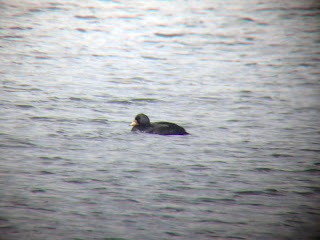