On Sunday I knew I would have a few hours free after dropping Cathy off in the city, and I thought I would head out to east Norfolk to look for another one of my target species, Fen Mason Wasp. Those plans changed in the morning, when news came through that Jake had found a Long-billed Dowitcher at Cley. Whilst reasonably regular in the UK, there hadn't been a Norfolk record since 2007, so I decided that I would go and have a look.

Heading north out of the city the roads were wet, and as I carried on towards Holt it began to rain. Not ideal, but at least the weather wasn't likely to do my chances of seeing the Dowitcher any harm. I parked up at the visitors centre in the assumption that the east bank car park would be full, althoug as it turned out I could have parked there and saved myself a bit of time.

A small group of birders including Paul Woolnough were stood level with the serpentine, watching the Long-billed Dowitcher alongside a few Black-tailed Godwits and Redshank. It showed reasonably well, although the overcast conditions made photographs poorer than normal. 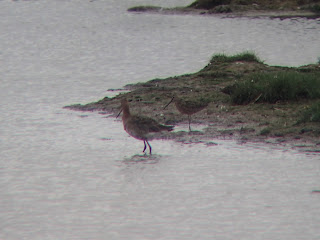 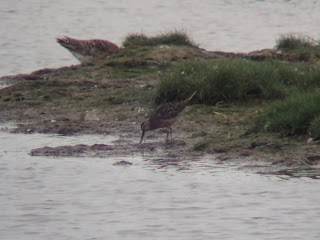 After a while I carried on past Arnold's Marsh and had a quick look amongst the Birdsfoot Trefoil. Six-belted Clearwing moths seem to show well on the equivalent plants at Minsmere, but here there was no sign of any. At that point I got a phonecall from John Furse who was on East Bank and asked how I was getting on, adding that I was about a month late if I wanted to see the clearwings.

On my way down the path I had deliberately avoided looking too closely at the plants as I knew I'd be distracted by the insects. On the way back I made up for this by checking as much Hogweed and Ragwort as possible, finding three species of soldierfly and a new hoverfly to complete a wildlife-filled weekend. 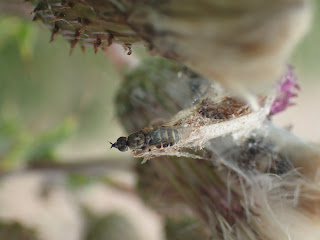 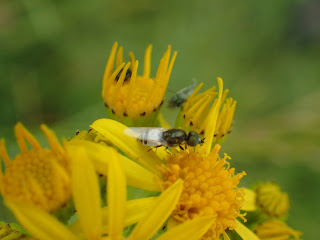 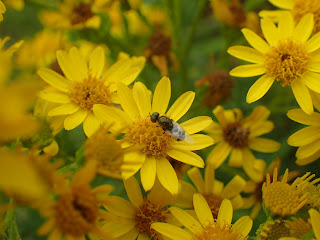 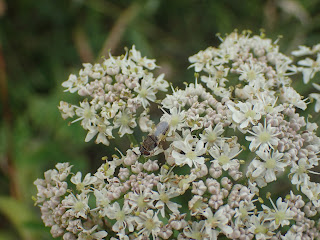 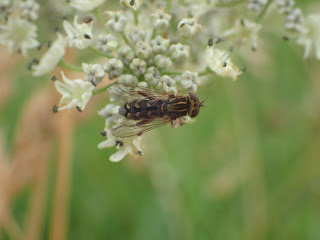