After dropping Cathy off in the city I had a few hours to spare before picking her up again. I decided to head to Venta Icenorum, the old Roman Town at Caistor St Edmunds just south of the city. The main attraction here from a wildlife point of view is a large area of dry grassland with the river Tas wending its way through. Plant highlights here included White Mullein, Dark Mullein, Common Calamint and Restharrow. 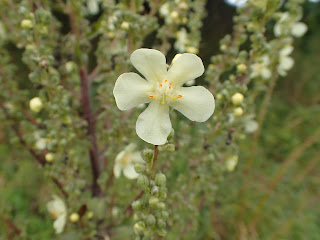 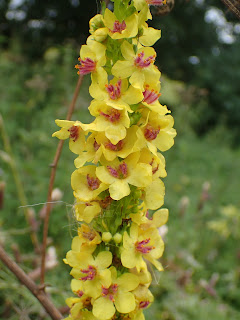 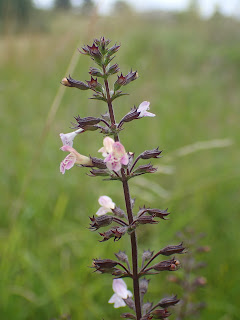 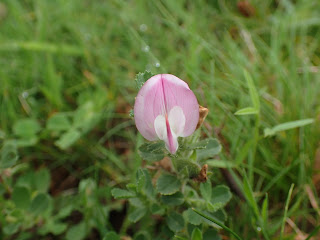 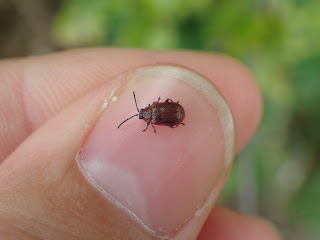 Other highlights on my walk round included my first Clover Melitta bee, several Common Blue butterflies, a Dusky Sallow moth and some unsually obliging Meadow Grasshoppers. 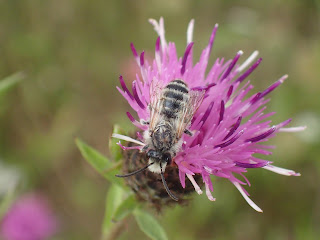 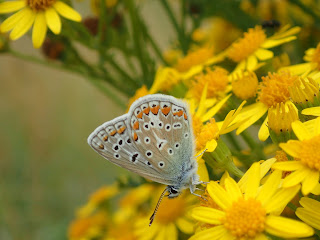 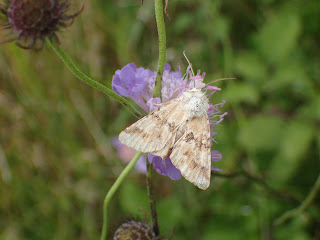 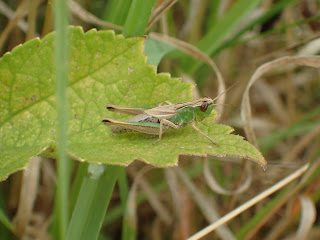 I crossed the road and had a quick look around one of the permissive paths at High Ash Farm, where I found some leaf mines in Himalayan Balsam. There are caused by a fly Phytoliriomyza melampyga. There were no East Anglian records on NBN, so I thought I could have a county first. However when checked with the Agromyzidae recording scheme there are actually several Norfolk records from datasets that aren't on the NBN Atlas. There are a range of reasons why this is the case, but it's not the first time that the NBN maps haven't born any relation to a species range that I have checked, which is a shame. 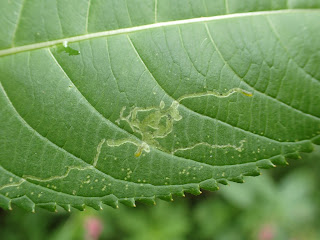 On my way back to the city I called in at Trowse Meadow and managed one patch addition, a twisted stem gall on Black Poplar caused by aphids. 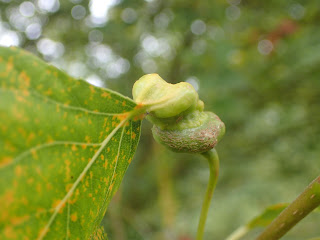