On Saturday afternoon I paid another brief visit to Catton Park to look for insects. No jazz gig this time, but there was a theatre production of Alice in Wonderland going on in the picnic meadow, so that part was off limits. I noticed some Large White butterfly caterpillars near the picket fence, before moving around to the areas of knapweed. 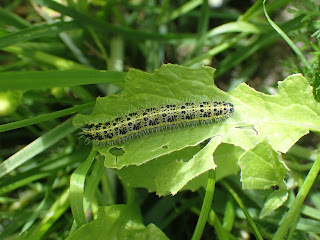 The knapweed was attracting lots of bumblebees, but not too much else, so I switched attention to the Wild Carrot. Here I noticed quite a few individuals of a solitary wasp that I didn't recognise - fortunately Stephen Boulton on the BWARS facebook page was able to identify them as Tiphia femorata. There was also a Pompilid (Spider-hutning wasp), but most of them need a specimen to identify them to species level. 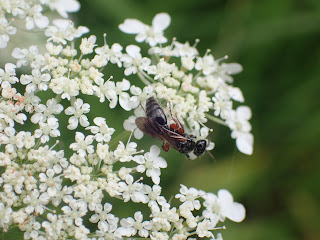 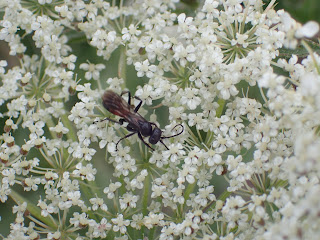 Other species of interest in the meadow included the distinctive Tachinid fly Nowickia ferox, a lateish-instar Long-winged Conehead (the nymphs of Short winged and Long-winged Coneheads look the same, but if its a female you can separate them once the ovipositors have grown) and some Small Tortoiseshell caterpillars. 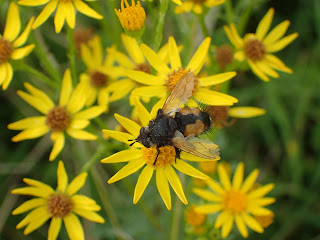 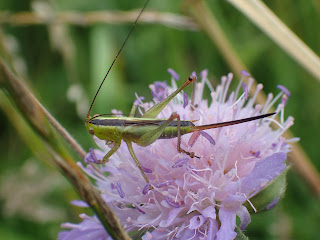 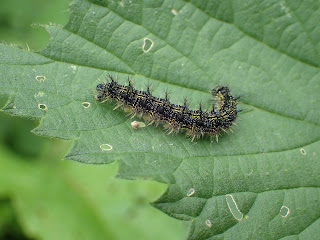 Rather than carry on around the meadow I looped back round into the woods. An agromyzid leaf mine in Hedge Woundwort was a new one for me (Amauromyza morionella) and I was also pleased to find a mine in Rowan caused by Stigmella nylandriella, which up to that point had not been recorded in TG21 (or the other main Norwich square TG20, so I'll have to look for it at Whitlingham too). My final species of interest was also on the same Rowan tree, a well camouflaged Brimstone Moth caterpillar. 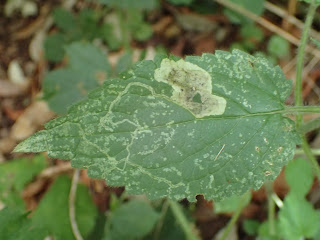 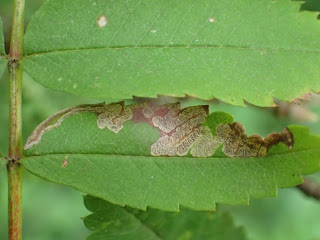 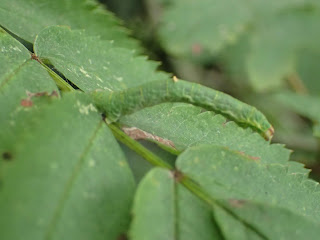