The day saw constant rain for much of the time, but as I had dropped Cathy off at a friends house nearby I decided to call in for a quick walk at Earlham Cemetery. There was a bit of fungi about, but the unexpected highlight came when I noticed a dead Ginkgo leaf with a small black fungus growing on it. Members of the British Mycological Society helped me identify it was Bartheletia paradoxa. After checking with Tony Leech I found out that there are no previous Norfolk records, so this capped a productive Christmas period for me. That said, Ian Senior, who maintains the cemetery fungus list, tells me that he has seen it there before but was unable to identify it (there is no mention of it in plant fungi bible Ellis & Ellis). 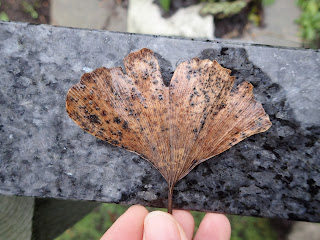 I also found a new leaf mine for me, Agromyza filipendulae on leaves that were either Strawberry or Cinquefoil. 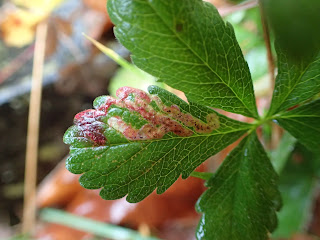