Having been birding a fair bit in the last few days my intention was to stay in on Friday, but a call from Justin telling me that a Bearded Tit was currently showing at Thorpe Marshes changed that. I headed to Thorpe and made for the reedbed, where predictably there was no sign of it, but Justin was still on site so he came round to show me where he had seen it. After a short while a stunning male Bearded Tit appeared in the reeds. It showed well, although its constant movement meant that my attempt at photos were largely of different bits of it obscurred by reeds. I did get one photo that I was happy with (the 2nd one here) - it isn't particularly sharp or detailed, but captures the moment well I feel. This was my second new patch bird of the year (Hawfinch was the first) and my 147th Whitlingham and Thorpe bird overall. Whilst standing near the reedbed a Grey Wagtail flew over and the flock of Siskin moved along the Alders, but I returned home rather than do a full lap. 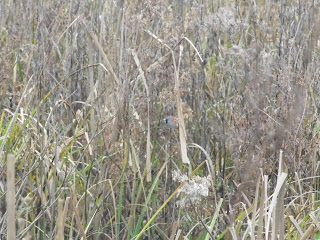 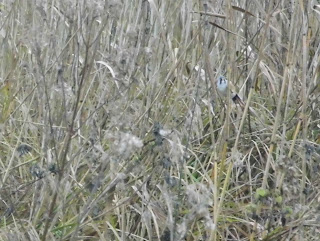