After Christmas I went for a couple of walks around the parks and footpaths around the north-west of Norwich. On Wednesday I walked along Train Wood, noting a Cormorant and three Little Grebes on the river opposite Wensum Park. Heading back through Waterloo Park I noticed some Crimped Gill (Plicatura crispa) growing in rows up a Cherry tree trunk. 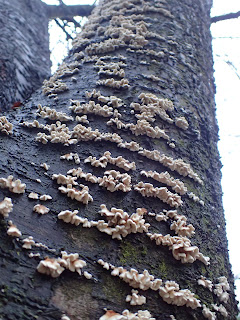 On Thursday I started before dawn, hoping to see one of the Ring-necked Parakeets that have been frequenting this part of Norwich. I was successful, seeing one perched up in the area I tried yesterday. It called quite a bit before flying over Wensum Park and off towards Aylsham Road. Later on I heard what was presumably the second bird calling from near the recycling centre. 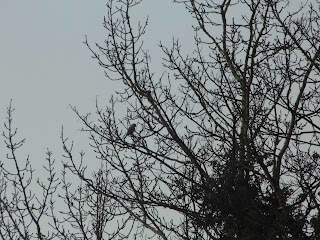 I then went to check Andersons Meadow and Sloughbottom Park looking for a Glaucous Gull that has been seen a couple of times around Norwich of late (firstly at Eaton Park and then at Andersons Meadow on Christmas Day). There was no sign of it - I also checked Wensum Park again and Pointers Field where there were more gulls but all common species. Apart from the parakeet the most interesting bird of the day was a Starling with abnormal pigmentation - it had a white rump and tail sides. 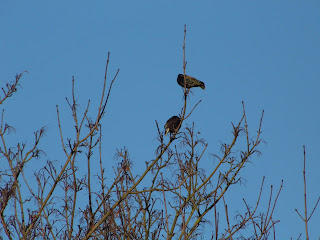 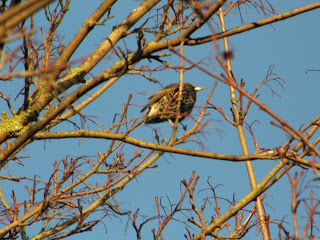