My last trip out of the year, so fitting that it was at Whitlingham. It was raining when I arrived, so I decided to pop into the cafe for a cup of tea and some cake first. The rain had lessened when I emerged, so I had a look on the Great Broad, seeing the expected range of species. The rain begun to fall harder, so I moved onto the picnic meadow to shelter and look for a bit of fungi. There was quite a bit around still, including a few species I'd not recorded here before, including Fragrant Funnel (Clitocybe fragrans) and a pink bonnet sp (Mycena adonis). Witches' Butter (Exidia glandulosa) and Brown Cup (Rutstroemia firma) were also seen. 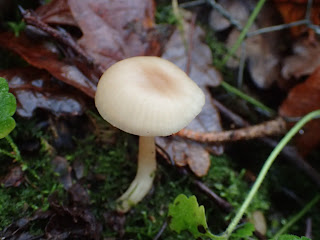 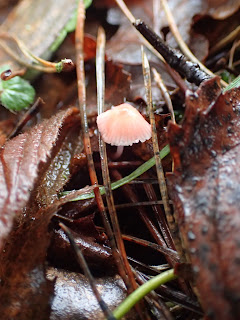 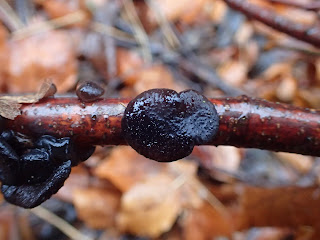 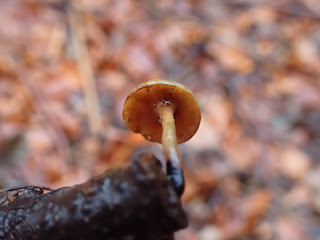 I was starting to get very wet, so I decided to walk back along the broad-side footpath. Part of the way along I noticed a Kingfisher perched up at the side of the dyke, and for once I saw it before it saw me! I got close views albeit obscurred by many branches, until it flew off down the wet road.