This autumn there have been sightings of two Ring-necked Parakeets in the north-western part of Norwich, but they have been rather mobile and despite several attempts I've not caught up with them yet. On Thursday morning they had been seen on Angel Road, close to where I live, so after returning from Thorpe I had lunch and then popped out for a quick look round. There was no sign of them in the roadside trees, lamp-posts and TV arials, so I decided to give Waterloo Park a quick look. There was no sign in there either, but on a whim I decided to have a look at the Globe Thistles to look for leaf mines. I found some, so took some pictures and returned home. It didn't take long to identify them as Phytomyza bipunctata, but to my surprise it turned out that this was the first Norfolk record of this species. An unexpected but pleasing end to my walk. 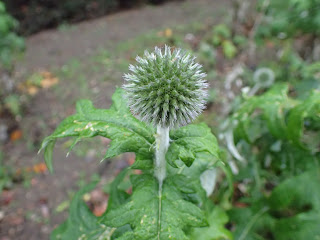 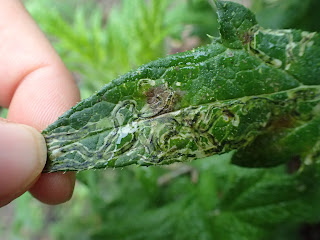