On Thursday morning I popped in to Thorpe Marsh to have another look for the Bearded Tit. After a while standing and scanning the reedbed I there was no sign of any, so I decided to do a quick circuit before returning for a final look. It didn't appear to have been too disturbed, which was borne out when I saw the overwintering Stonechat perched up on a dead umbellifer. Further round I had a look on the broad, but the mist meant that visibility was poor. 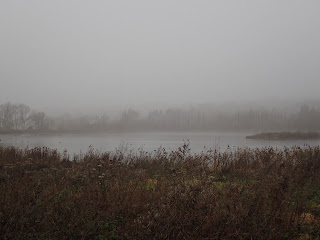 Along the riverbank I noticed some Mycena growing on a fallen Ash, which when dried gave an Iodine smell. Along with spore size this confirmed them as Mycena arcangeliana (Angel's Bonnets). Some nice purple Chondrostereum purpurpeum (Silverleaf fungus) was also growing nearby. 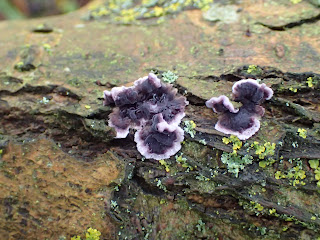 After my lap I did return to the reeds for a bit. I then decided to head to Thorpe Green to check for colour-ringed gulls. I managed to pick out two, both regular overwinterers, white J0AJ and green J6U2. 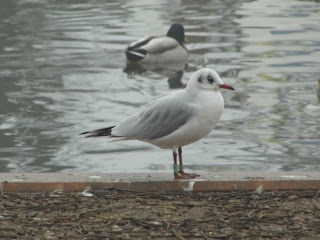 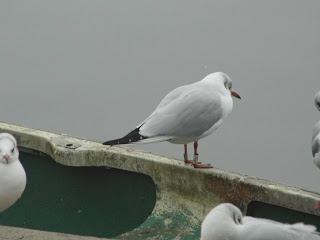